The RCAF at Dieppe

Operation JUBILEE, the Allied raid on Dieppe, was primarily a Canadian operation. As such the sixty RCAF bombers and fighters patrolling the sky […] 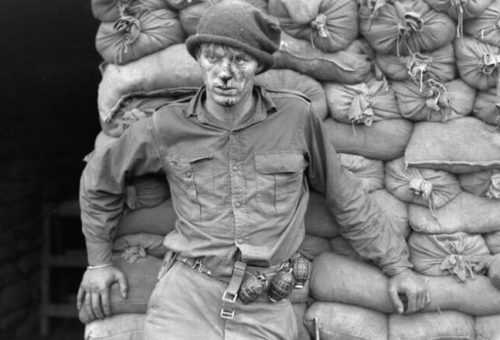 With much of the recent media attention being on North Korea, it’s important to look back at the history of the conflict and […]

When thinking about the Second World War, Canadians often understand it as a conflict that did not occur in North America, but that […]

Operation Husky, the allied invasion of Sicily, began shortly after midnight on the morning of July 10, 1943, when the transport ships carrying […]

In 1996, the Canadian National Defence Recovery Team traveled deep into the jungle of Myanmar (formerly known as Burma) to recover the bodies […]

On January 27, 1973, the first Canadian troops serving on the International Commission for Control and Supervision (ICCS) set foot in Vietnam. It […]

As of 2008, Canada has begun recognizing August 9th as National Peacekeepers Day. This honorary holiday is used to acknowledge those who have […]

During the early of January in 1998, three consecutive ice-storms devastated eastern Canada. Trees and power lines were knocked down, streets and sidewalks […]