During the Second World War, 16 Canadian soldiers would be awarded the Victoria Cross (VC). Their heroic acts of military gallantry would occur across the entire theatre of war in a number of different ways. The first of these brave soldiers to be bestowed the honour was, Sergeant Major John Osborn of the Winnipeg Grenadiers, while he was stationed in Hong Kong in late 1941.

Sgt-Maj Osborn was a First World War veteran that served in the Royal Navy before moving to Wapella, SK, to become a farmer. Although he had joined the local militia, he was not obligated to return to combat at the outbreak of the Second World War. Osborn would not allow this to stop him from setting out, yet again, to fight for a cause he believed in.

Sgt-Maj Osborn would receive the VC for his actions on December 19th, 1941, just a day after the Japanese Forces crossed the channel from Manchuria into Hong Kong. Many Canadian soldiers would find themselves surrounded as the Japanese continued their rapid advance across Hong Kong Island. Sgt-Maj Osborn was no exception. When grenades started raining down on his position, Osborn quickly grabbed and hurled them back in the direction they came. Unfortunately, one would land in an area that made it impossible to return. It was then that Sgt-Maj Osborn could be heard yelling out a warning as he leapt on top of the live grenade and saved the soldiers accompanying him. 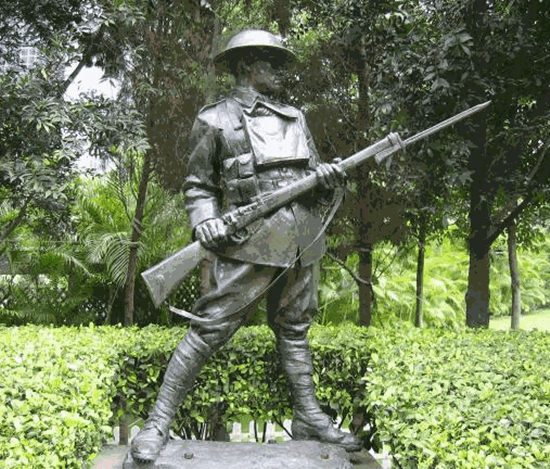 Following the fall of the island, thousands of Canadians would spend the remainder of the war as POWs in Japanese labour camps where they were faced with harsh living conditions that led to the starvation of many. It is the self-sacrifice of Canadian soldiers, like that of Sergeant Major John Osborn and those who gave up their freedom, which made victory in the Second World War possible.