On the night of July 10th, 1943, the 1st Canadian Infantry Division and 1st Canadian Armoured Brigade would commence their role in Operation Husky, the Allied invasion of the Italian island of Sicily (the toe of Italy’s boot). The Canadian role in the operation involved capturing the town of Pachino and its strategic airfield from the occupying German Forces. During the initial stages of the invasion, Canadian soldiers faced a light but determined defence that proved difficult to overcome. As a result, medical staff, including Nursing Sister Elizabeth Lowe, were kept very busy.

Elizabeth Lowe and her unit, the No. 5 Canadian General Hospital, landed on the shores of Sicily just nine days after the invasion had begun. Shortly after they arrived, they were given control of a major Sicilian hospital to use as their base of operations. Despite having access to the entire hospital, overcrowding was an issue – many nurses had to tend to the wounded soldiers outside. Adding to the challenge were frequent German air attacks that not only targeted the medical buildings, but also the wounded, bedridden men who were sheltered under tarps erected on the surrounding grounds. 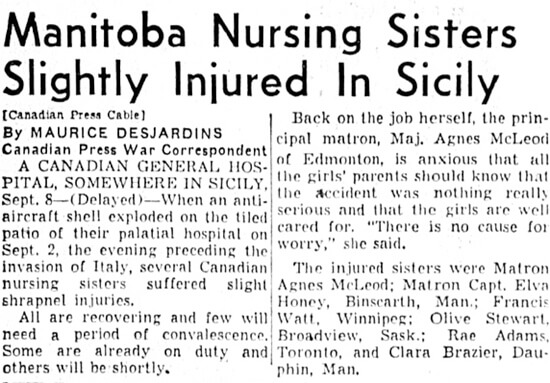 During her time working at the hospital, Lowe found herself amazed at the sheer determination exhibited by the wounded soldiers, and the resilience of her colleagues, who continuously fought with being under-supplied in poor working conditions while receiving an unending supply of casualties. For the young men, returning to their units was of utmost importance. Lowe recalled a 19-year-old, with both legs shattered, expressing this sentiment. This was common among wounded Canadian men; many voiced their desire to immediately return to battle. 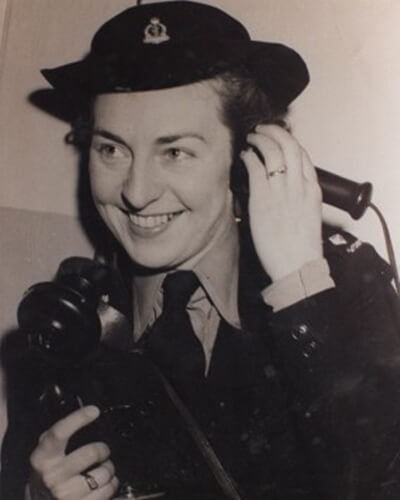 Without the unwavering dedication of Elizabeth Lowe and the nurses and medical staff of the 5th Canadian General Hospital, many Canadian soldiers would not have survived, let alone have returned to the fight.

To listen to an interview where Elizabeth Lowe recounts her experience in Italy, visit The Memory Project. 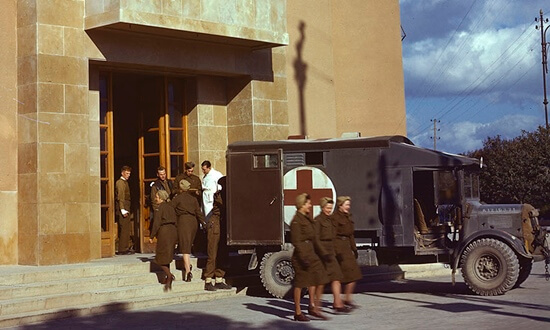 For more information on the history of Canadian Nursing Sisters, visit Veterans Affairs Canada or check out this powerful CBC video: “WWII Nurses face Danger and Death” (7 Nov. 1982) where three nurses talk about their experience during the Second World War.