According to Colonel Jim Calvin, the officer in charge of the Princess Patricia’s Canadian Light Infantry Second Battalion, the notion of peace was something of a joke in the Balkans in 1993. It didn’t help that Calvin’s Canadian troops were the only peacekeeping contingent in the area that French General Jean Cot—the commander of the United Nations Protection Force for the Former Yugoslavia (UNPROFOR)—felt he could trust.

In the autumn of 1993, only weeks before the end of their tour, Calvin’s Canadians were posted to the volatile Medak Pocket region of Southern Croatia to reinforce a French battalion. They soon found themselves caught up in one of the most difficult operations in UN peacekeeping history. The Canadians were the only thing protecting the region’s Serbian minority from the Croatian Army. When the Croatian Army broke the ceasefire agreement in September 1993 the Canadians knew that the Croats’ mission was ethnic cleansing.

On September 16, after several days of intensive fighting the UN finally negotiated an agreement and the Croatian army promised to withdraw their forces to the original ceasefire line. However, when the Canadians tried to advance they encountered strong resistance. The Croatian Army deliberately stalled the Canadian advance so that the Special Police could destroy all evidence of ethnic cleansing. However, they proved unsuccessful and the Canadians spent the next few days gathering evidence to prove that ethnic cleansing had taken place.

The Croatian government continues to deny that the Battle of Medak Pocket ever took place or that the Croatian Special Police committed ethnic cleansing. 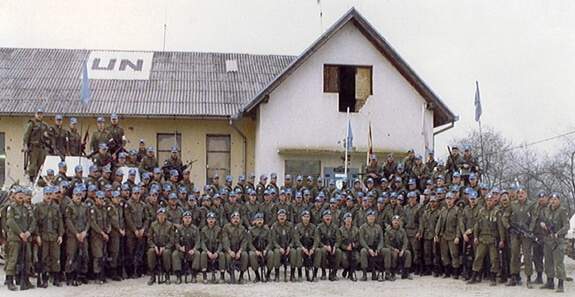 To learn more about the “forgotten battle” of the Medak Pocket, check out the NATO Association of Canada.