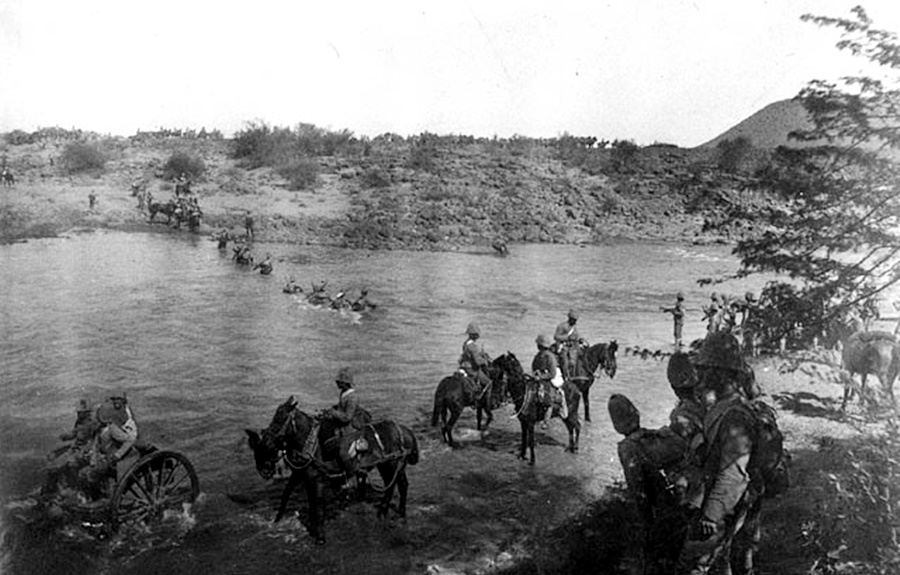 One of the first wars that the young Dominion of Canada had to face was the Boer War of 1899-1902. Canada became involved in the conflict between the British Empire and the Dutch settlers (“Boers”) of the Boer Republics in South Africa. Among the Canadian public Pro-Empire feelings of English-speaking Canadians contrasted with those of the more isolationist Quebecois, labour, and farmer groups. In recognition of the divided nature of his country’s attitude towards the conflict, then-Prime Minister Wilfred Laurier compromised by calling for a volunteer-only force that would be Canada’s contribution to the British Empire’s efforts. Learn more about Canadian efforts in the Second Boer War here and here. 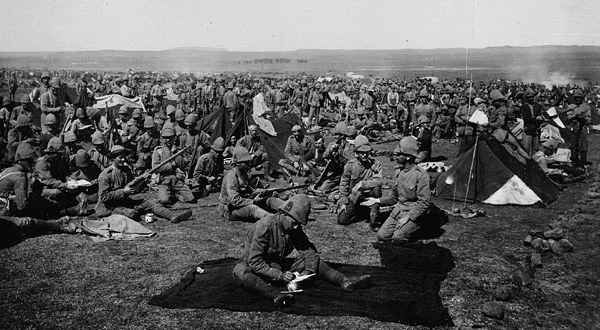 Thus, the Second (Special Service) Battalion, Royal Canadian Regiment of Infantry (2 RCRI) was formed. Consisting of 1000 men evenly-split between eight companies, the enthusiastic but mostly untrained troops were, in the words of their commanding officer Lt. Col. William Otter, “capable of not much more than forming ranks and marching without getting out of step too often.”

Despite their inexperience, the 2 RCRI gave an excellent account of themselves in their first major engagement, the Battle of Paardeberg, a drift on the north side of the Modder River between 18-27 February 1900. The Canadians were responsible for creeping near the Boer lines at 2am on the 27th. Just as they were about to reach the Boers, they hit a tripwire, resulting in a fusillade of lead being fired into them by the Dutch settlers.

The phrase “Retire!” was heard, and some of the Canadians began to retreat to their lines. Some members of the two Maritime companies remained in place and continued to fire into the Boer lines. This sustained fire was sufficient to convince the Boers’ General Cronje of his position’s futility and he soon surrendered his 4,000-strong element of the Boer army. Considering the two Canadian Maritime companies consisted of no more than 250 men – mostly new recruits – it was no surprise that the morale boost to the British and Canadian contingents was quite significant.

The 2 RCRI and subsequent Canadian contributions soon achieved a reputation for being able to punch above their weight. Despite the lack of “barrack yard polish,” “they more than make up for it in spirit and dash and a certain air of self-reliant readiness to hold their own,” opined Lt. E.W.B. Morrison of the Royal Canadian Field Artillery. 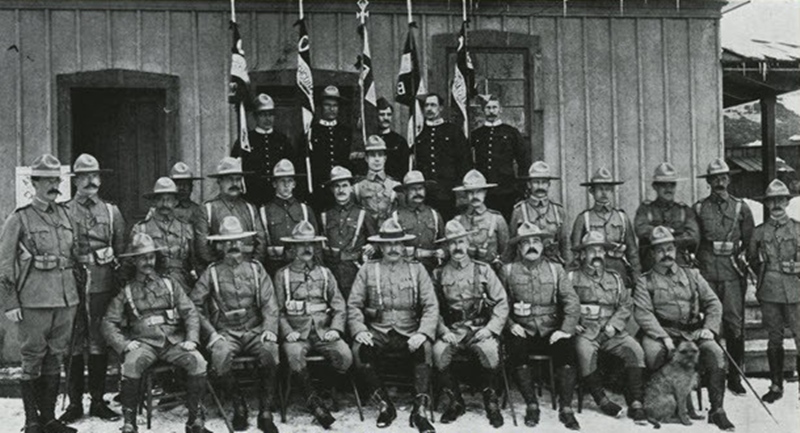 Some of the Strathcona Horse mounted rifles in 1899, before travelling to South Africa (Credit: CanadaAtWarBlog.Wordpress.com).

Also from Western Canada came the Strathcona’s Horse mounted rifles, a roughly 500-men and 600-horse regiment raised and funded entirely by a private individual: Donald Alexander Smith, 1st Baron Strathcona and Mount Royal, or simply known as Lord Strathcona. Comprised of experienced riders and North-West Mounted Police (the precursor to today’s Royal Canadian Mounted Police), the Strathcona’s required relatively little training and were one of the most battle-ready forces to enter the South African theatre. Their mobility and hardiness made them one of the most effective forces available to the British, especially in the latter phase of the war when the Boers, having realized their inability to face British forces head-on, turned to hit-and-run guerrilla operations. 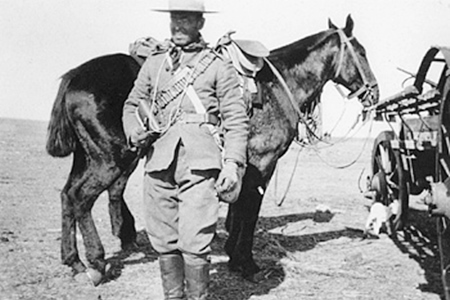 A trooper of the Strathcona’s Horse in South Africa (Credit: WarMuseum.ca).