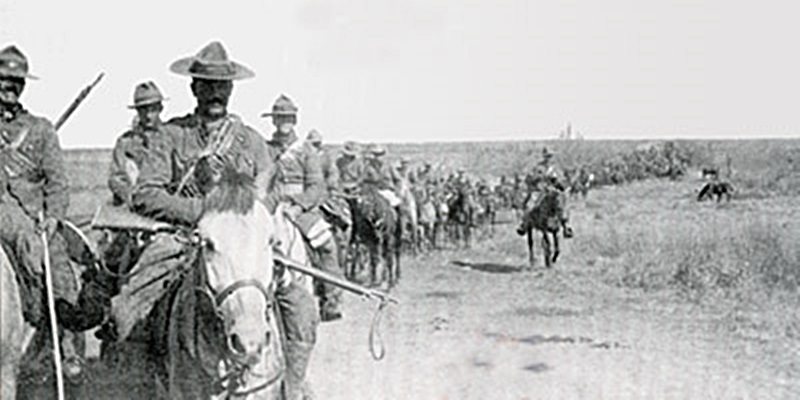 The South African War (1899 – 1902), more commonly known as the Second Boer War, was fought by the British Empire and the Boer states, in what we know today as South Africa. As a British colony, Canada was expected to help Britain in their conquests, and although the issue divided French and English Canadians, mounting public pressure forced Canada’s involvement.

Background: South Africa through the 1800s

The Boer peoples had inhabited the area since 1652 (they were a legacy of the Dutch Empire’s Dutch East India Company). During that time, they established two independent republics in the Cape Colony: Transvaal and the Orange Free State. The British Empire took control of the Cape Colony in 1806 as the Dutch Empire was quickly losing power and territorial control as a result of increasing Napoleonic strength. In the 1820s, the British Empire began to build a better foundation in the area by inserting new settlers, establishing colonies, and appointing governors, all in order to facilitate the maintenance of a reliable trade route to India. Over the next few decades, clashes regularly erupted between all three groups living there: the British, the Boers, and peoples indigenous to the area, many of them former slaves or descendants of slaves.

The discovery of diamonds in the late 1860s and gold in the 1880s exponentially increased British interest in the Cape Colony’s economic potential. To get a stronger grip on the natural resources, the British would need to increase their control over the neighbouring Boer republics which were also eyeing the precious materials. In response, and to maintain their freedom and political power, the Boers restricted the rights of new immigrants, including those from England, by stripping them of their voting rights. This contributed to increasing political tensions between the British and the Boers that would soon develop into physical conflict. Meanwhile, the imperialistic Race for Africa was heating up and the British government strongly believed that it needed to consolidate their fragmented colonial rule over parts of continental Africa, particularly in South Africa. 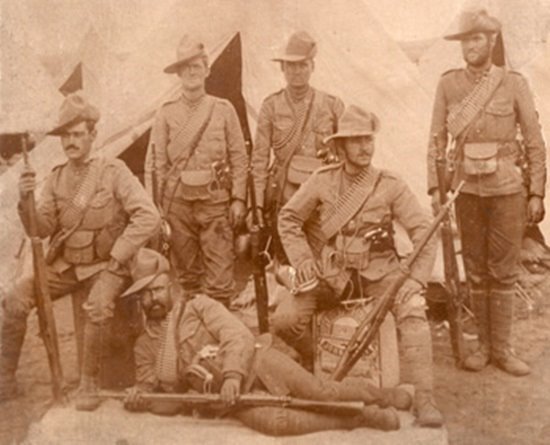 Many English Canadians supported Britain, eager to help the them defeat the Boers. However, many French Canadians, dissatisfied with Canada’s Dominion status under the British Crown, were resistant towards going to war. Prime Minister Sir Wilfred Laurier bowed to English Canadian pressure and allowed volunteer battalions to serve in South Africa, marking the first time Canadian troops served overseas in a war.

During the Second Boer War, over 7,000 Canadian volunteers served overseas. The first 1,000 were from the 2nd Battalion, Royal Canadian Regiment (RCR), commanded by Lieutenant-Colonel William Otter. As time went on, more volunteers arrived, including 6 regiments from the Canadian Mounted Rifles. Many more served in British units or for the Canadian Scouts. Twelve women nurses also joined the war effort, as did John McCrae, the Canadian Doctor who wrote “In Flanders Fields” in 1915. 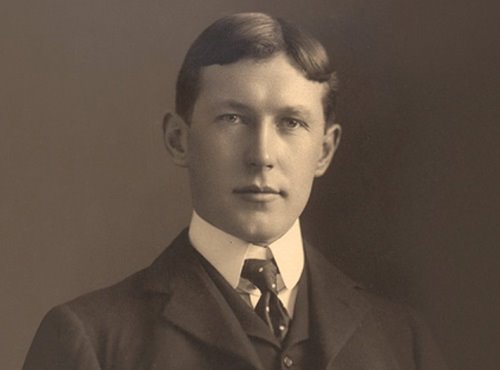 Though the Boer states were much smaller and had less resources available to them than the British Empire, they fought back valiantly for their freedom. Their soldiers were also highly trained and familiar with the land and as a result, the British armies initially experienced many setbacks trying to defeat the Boer armies. It wasn’t until the Battle of Paardeberg that the British experienced their first significant victory. See our Battle of Paardeberg article for more detail.

As the war waged on, the British and their Canadian comrades-in-arms resorted to guerilla warfare tactics to defeat the Boers. In an attempt to deprive the opposition of food, water, and shelter, a brutal scorched–earth strategy was adopted; farms and buildings owned by the Boers were burned by the attackers. South African and Boer civilians, including women and children, as well as many Indigenous peoples, were forced into concentration camps where an estimated 28,000 prisoners, mostly children, died.  When this news reached back home, Canadians were outraged by the camp deaths.

In 1902, the Boers surrendered, and the war ended. Despite widespread public disapproval of the use of concentration camps, many soldiers returned home to parades and celebration. Four Canadians received the Victoria Cross for their involvement in the war. Approximately 260 Canadians died in this turn-of-the-century conflict.

The Second Boer War fostered a sense of Canadian pride and individual identity that, in the century to come, would see Canadians participate in various theatres of war and international peacekeeping missions on the world stage.

The Canadian Encyclopedia’s “Canada and the South African War” article provides great insight into our country’s involvement in the war.

Main photo: Soldiers of the 2nd Canadian Mounted Rifles, riding on the grasslands of the Transvaal, in pursuit of Boer troops, March 1902 (Credit: The Canadian Encyclopedia).