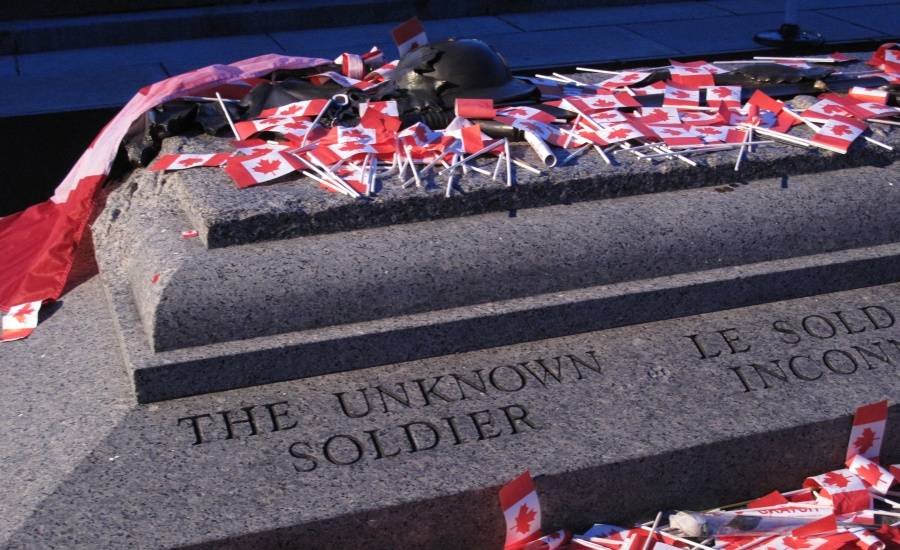 At the end of the First World War, there were too many dead Canadian soldiers to repatriate all those who could be identified, yet there was a growing importance to remember all the men who would not be returning home. Memorials – big or small – were meant to confer to the soldiers their dignity and humanity after their tragic deaths on the front. Many Commonwealth countries mourned their lost soldiers by burying unidentified remains in a tomb that would serve as a public monument. The Unknown Soldier represents soldiers who died at war and have no marked grave.

It wasn’t until the late 1990s that Canada sought to repatriate its own Unknown Soldier. At the initiative of the Royal Canadian Legion, a millennium project began to take shape.

It was initially proposed that a soldier of the Boer War would be selected (to coincide with the upcoming 100th anniversary), only there were no unidentified Canadian soldiers from that conflict. Lieutenant-General Roméo Dallaire suggested appointing one of the 1,603 unidentified Canadian soldiers interred in the area of Vimy Ridge because it was the first battle where all four Canadian divisions fought side by side and as such it remains a popular symbol of Canada’s coming of age as a nation. 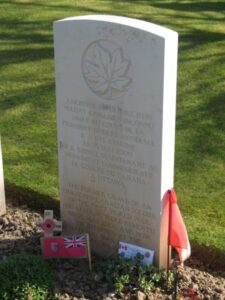 A headstone has been placed at the original gravesite of the Unknown Soldier. It reads “The former grave of an unknown Canadian soldier of the First World War. His remains were removed on 25 May 2000 and now lie interred at the National War Memorial in Ottawa, Ontario, Canada.” (Credit: D.D. MacKinlay, Wikimedia Commons)

The Commonwealth War Graves Commission (CWGC) – the organization responsible for recording, commemorating, and maintaining the cemeteries where servicemen and woman of both world wars are buried – selected the grave and exhumed the remains on May 23, 2000. The Unknown Soldier was previously interred at grave 7, row E of Plot 8 at the Cabaret Rouge British Cemetery in the vicinity of Vimy Ridge in northern France.

On May 25, a small ceremony was held at the Canadian National Vimy Memorial and the remains were immediately flown back to Canada. Later that day, the Unknown Soldier arrived at the Parliament of Canada and was placed in the Hall of Honour of the Centre Block. The remains lay-in-state for three days allowing Canadians to pay homage.

The Unknown Soldier was laid to rest on May 28, 2000. The funeral was attended by Governor-General Adrienne Clarkson, Prime Minister Jean Chrétien, veterans, and active members of the Canadian Armed Forces, and over 15,000 members of the public. Millions more watched the ceremony live on television. 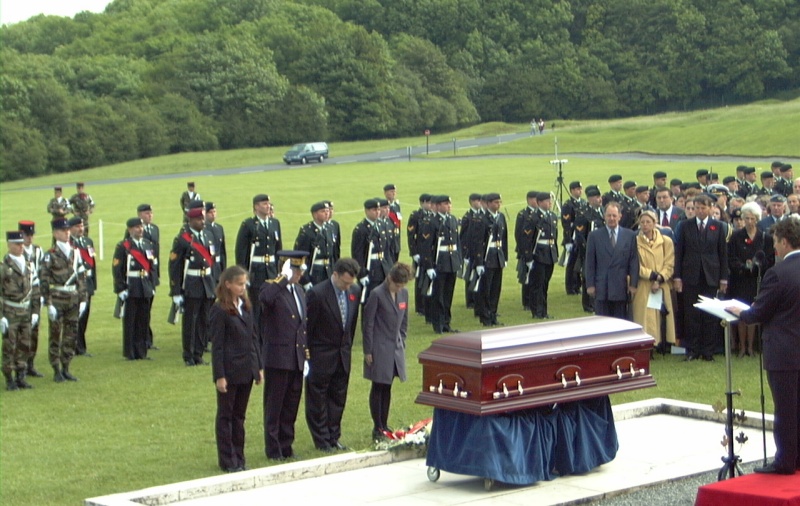 A commemorative ceremony was held at the Canadian National Vimy Memorial shortly before the Unknown Soldier was flown back to Canada. (Credit: Veterans Affairs Canada)

Clarkson delivered the eulogy, saying “In honouring this unknown soldier today… we are embracing the fact of the anonymity and saying that because we do not know him and we do not know what he could have become, he has become more than one body, more than one grave. He is an ideal. He is a symbol of all sacrifice. He is every soldier in all our wars.”

Small amounts of soil from the original gravesite in France as well as each province and territory were scattered on the casket before the granite sarcophagus was sealed.

Located in Confederation Square in Ottawa, across from the National War Memorial, the Tomb of the Unknown Soldier is a strong symbol of remembrance and teaches younger generations of the cost and consequences of warfare. While he will forever remain anonymous, the Unknown Soldier acts as a memorial to all Canadians who made the ultimate sacrifice for their country and who have no known grave. 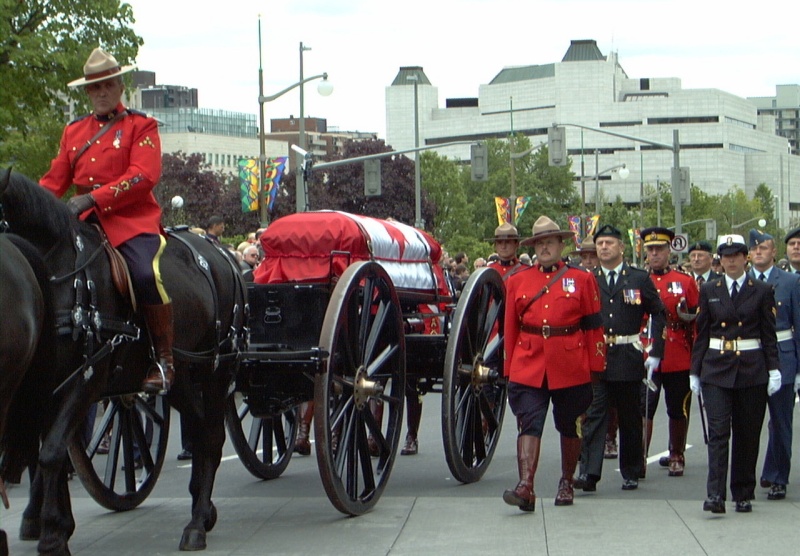 The casket is pulled through the streets of Ottawa to the soldier’s final resting place. (Credit: Veterans Affairs Canada)

For additional information about the Tomb of the Unknown Soldier, see Veterans Affairs Canada.

See The Soldiers’ Statue , Horseman of the Plains Statue , Calgary Cenotaph and The Canadian National Vimy Memorial to learn more about monuments and memorials (both local and overseas) dedicated to preserving the memory of fallen soldiers.

To learn more about the Battle of Vimy Ridge, visit Valour Canada’s The Road to Vimy Ridge website.

Main Photo: It has become a tradition for Canadians to leave poppies or flags on the sarcophagus as a sign of respect and remembrance. (Credit: R. Wolsak, Wikimedia Commons)

The Canadian War Museum. “The Unknown Soldier.” Accessed May 10, 2022. https://www.warmuseum.ca/firstworldwar/history/after-the-war/remembrance/the-unknown-soldier/ .

Wittman, Laura. The Tomb of the Unknown Soldier, Modern Mourning, and the Reinvention of the Mystical Body. Toronto: University of Toronto Press, 2011.