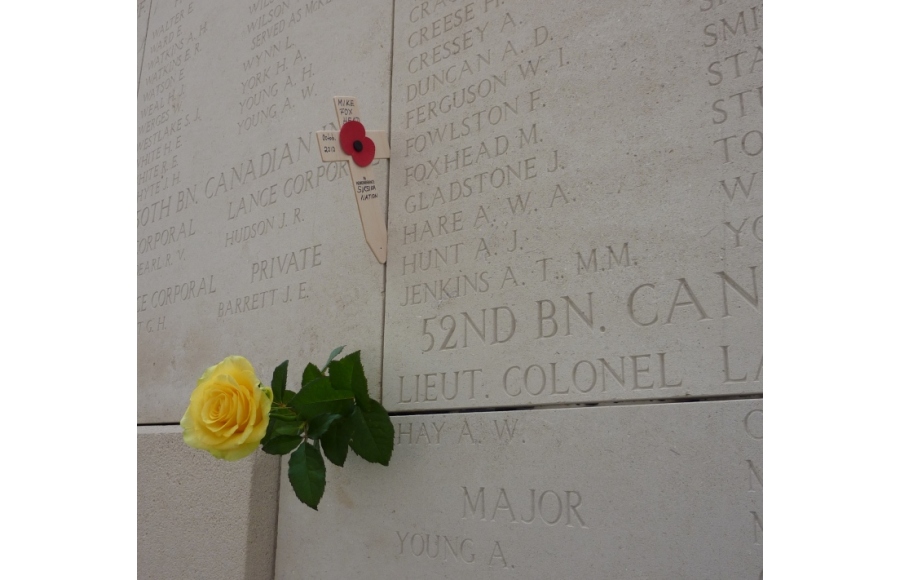 Of the 35,000 Indigenous men eligible for service, nearly 4,000 served in the Canadian Expeditionary Force over the course of the First World War. Eighteen-year-old Private Mike Foxhead of the Siksika First Nation was one of them.

He was born on the 16 of August in 1898 on the Blackfoot Reservation near Gleichen, Alberta.

Although he had no previous military experience, Foxhead enlisted in Calgary in October of 1916. His decision, however, was not well-received by all members of his community. In fact, a few of the elders were hostile to the active recruitment being conducted on reserves, believing the war in Europe was not their conflict to fight. As a result, many Blackfoot who enlisted were pressured into asking for their release from military service.

Despite the objections from the elders in the community, the determined Foxhead remained committed to fighting overseas. For him, it was a matter of representing his people with pride. He expressed his motives in a letter in 1917, writing that he wanted “to put up a name for the Reserve, so they can say that they have one of their boys over here. I could have got out of it when the boys got their discharge only I wanted to do my bit like all other Canadians.” 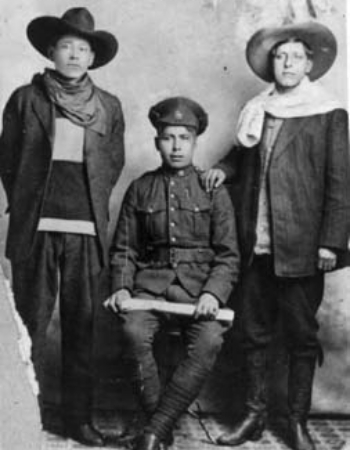 After passing his medical examination, Foxhead joined the 191st Battalion and sailed from Halifax in the spring of 1917 aboard SS Olympic (Olympic was sister ship to Titanic). Upon his arrival in England, he was transferred to the 21st Reserve Battalion before being assigned to the 50th Battalion in France since it was in need of reinforcements.

Shortly after arriving at the front, Foxhead was killed in action on October 23, 1917. His battalion was involved in the Battle of Passchendaele and on the 23rd it sustained considerable enemy bombardment amidst the water-soaked and muddy conditions.

His name is among the 55,000 inscribed on the Menin Gate Memorial, a monument designed to commemorate those who fell trying to protect the Ypres Salient and whose bodies were never recovered.

He was survived by his brother, Linden Foxhead, and his aunt, Mrs. Wolf Face. Both lived on the Blackfoot Reservation.

To read the entirety of the letter Foxhead sent home from overseas, see this newspaper article  from the Gleichen Call.

To learn more about a pair of Indigenous brothers from southern Alberta who served in WWI, see our articles on Mike Mountain Horse and his younger brother Albert .

Borys, David, and others. The Frontier of Patriotism: Alberta and the First World War. Calgary: University of Calgary Press, 2016.