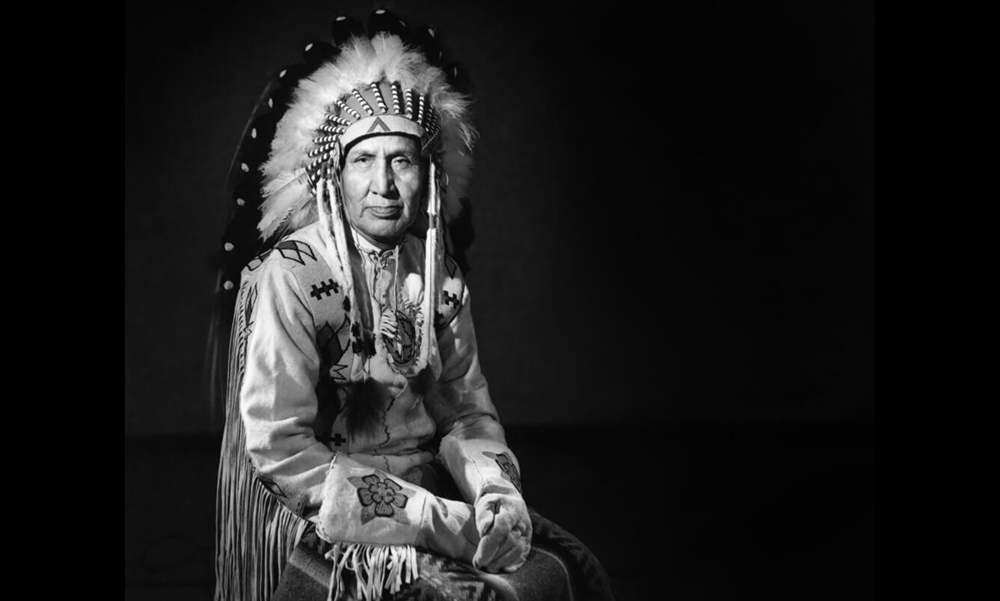 Mike “Miistatisomitai” Mountain Horse, the younger brother of Albert Mountain Horse, was born in 1888. At the age of six, he attended the Residential school on the Kainai Blood Tribe reserve where he lived.

Mike’s older brother, Albert, was the first Indigenous person from Alberta to join the military during World War I (WWI). However, Albert met a premature death after being gassed during the Second Battle of Ypres. To learn more about Albert, read our article.

The younger Mountain Horse, Mike, desiring to avenge his brother and seek honour, joined the Canadian Expeditionary Force in May 1916. Mike first enlisted in the 191st Battalion and was later transferred to the 50th Battalion. During his two years of service, Mountain Horse fought at the battle of Vimy Ridge, Hill 70, Cambrai, and Amiens. During the war, Mountain Horse stayed close to his roots, often taking time to pray with his fellow Indigenous soldiers or practice war calls and songs. 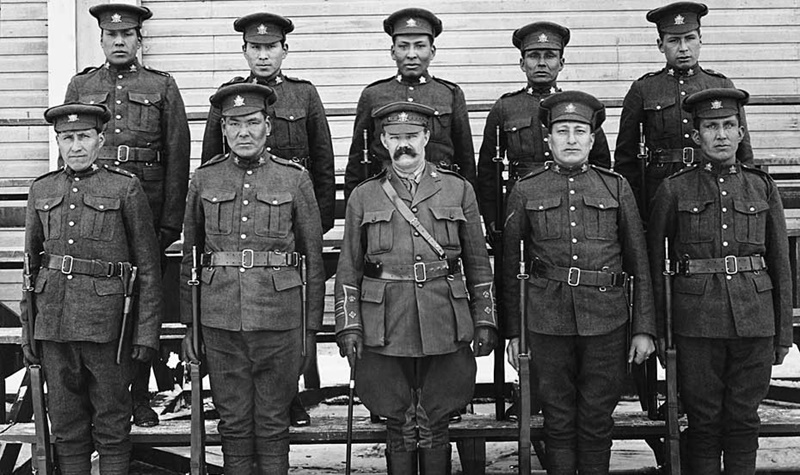 Mike returned from the war in 1919. He was celebrated as a war hero, displaying the Indigenous warrior ethics and courage of his ancestors. He received the Distinguished Conduct Medal from the military.

In the years after the war, Mountain Horse joined the RCMP as a scout. He worked with Blackfoot chiefs to create a traditional war robe, painting pictographs of his experiences of the war onto a buffalo hide. His war robe is considered an Indigenous war record that memorializes the events of WWI, particularly those Mountain Horse was involved in. The robe is now on display in the Medicine Hat Museum and Art Gallery. In the 1930s, Mountain Horse began writing a book-length manuscript. My People the Bloods was published in 1979, more than a decade after his death in 1964. 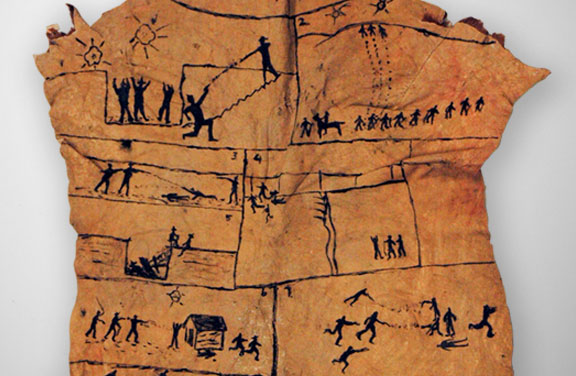 To learn more about the life and service of Mike Mountain Horse, watch The Military Museums’ War Stories 1917 video.