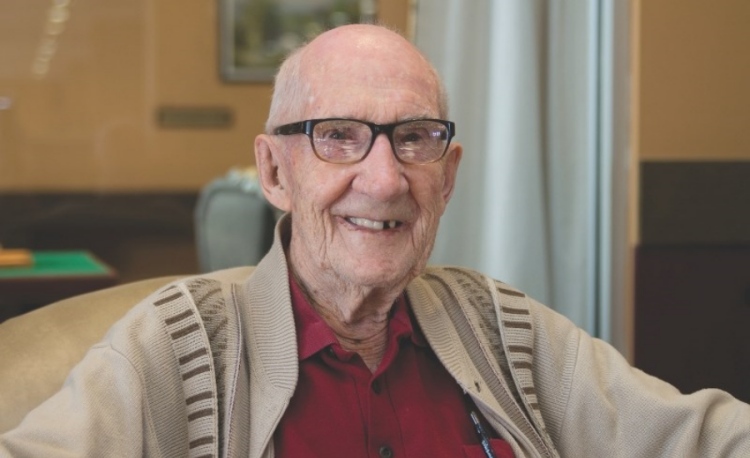 In the mind of World War Two veteran Jack Hilton, the true heroes were not him, but the ones who did not come home. Although he flew upwards of 100 missions and jeopardized his life daily, he always remained humble and modest about his accomplishments.

Born on April 22, 1919, in Toronto, Ontario, Jack had never been aboard a plane, let alone flown one, prior to the Second World War. For the nineteen-year-old man that he was, joining the Royal Canadian Air Force (R.C.A.F.) was a “culture shock”. He initially desired to be a gunner on a bomber, but Hilton trained as a pilot and relocated to the town of Fort Macleod, Alberta, to help train other pilots. Minimal training and orientation left Hilton feeling unprepared. 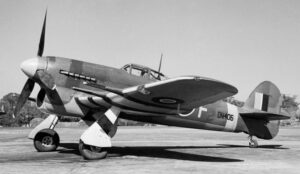 A Typhoon fighter aircraft, similar to the one flown by Hilton. (Credit: War History Online)

His new occupation was nothing short of dangerous. The Hawker Typhoons were large, heavy aircraft that – due to the demands of the mission – often flew at low altitudes to drop bombs. This made it nearly impossible to parachute to safety in the event of an emergency. The result was a casualty rate nearing 100 percent. A quarter of the men were replaced every 19 days. Recalling the tragedies he witnessed and omnipresence of death, Hilton explained, “It’s upsetting, but you can’t let it stop you because you’ve got a job to do”, and no matter the grim outlook, “you don’t worry about fear because what good would it do to you?”

Hilton would lose a total of four planes during the war, including one when he was shot down over Dunkirk after flying too low. According to him, survival was a matter of “90% luck and 10% skill”.

When 1944 rolled around, the Allies were preparing for the invasion of Normandy now commonly known as D-Day. Hilton and other Typhoon pilots were awoken at 0500 hours and sent out to act as air support for the landing craft. They decimated enemy supply convoys and machine gun positions embedded in the cliffs overlooking the beaches. As the fighting moved east towards the Netherlands over the following weeks, Typhoon pilots targeted key points, including bridges, railways, and trains, to weaken the Nazis. 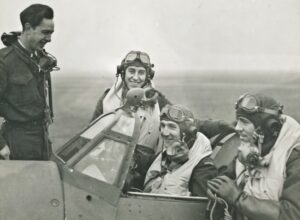 Hilton, sitting in the cockpit of the aircraft, while serving with the 438 Squadron in England. (Credit: Jack Hilton/The Memory Project)

Upon his return to Alberta, the Canadian government gifted Hilton a pin and $100 in recognition for his service. Though he was emotionally scarred by the war and remained mostly discrete about his experience, in 2015 at the age of 97 Hilton penned his memoirs, The Saga of a Canadian Typhoon Fighter Pilot, intending for them to double as a reminder and resource for future generations: “Be thankful for what you have because it was paid for in blood. We have a good life, we were lucky.” He was decorated with France’s highest honor, La Légion d’honneur, during that same year.

Jack Hilton passed away on March 7, 2019, just over one month shy of his 100th birthday. He was the last of WW2 Typhoon pilots. 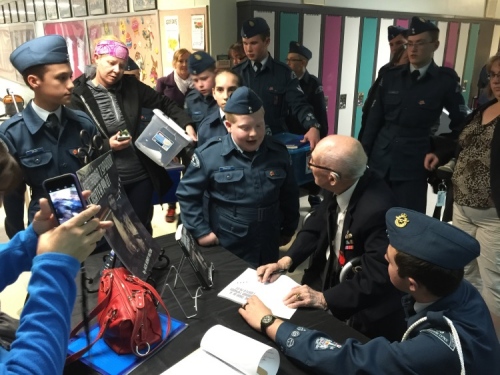 To hear Jack Hilton, describe what his service in the R.C.A.F. was like, see the Memory Project.

To discover the fascinating stories of other members of the R.C.A.F during WW2, see Andrew Mynarski or Frederick Dawson.