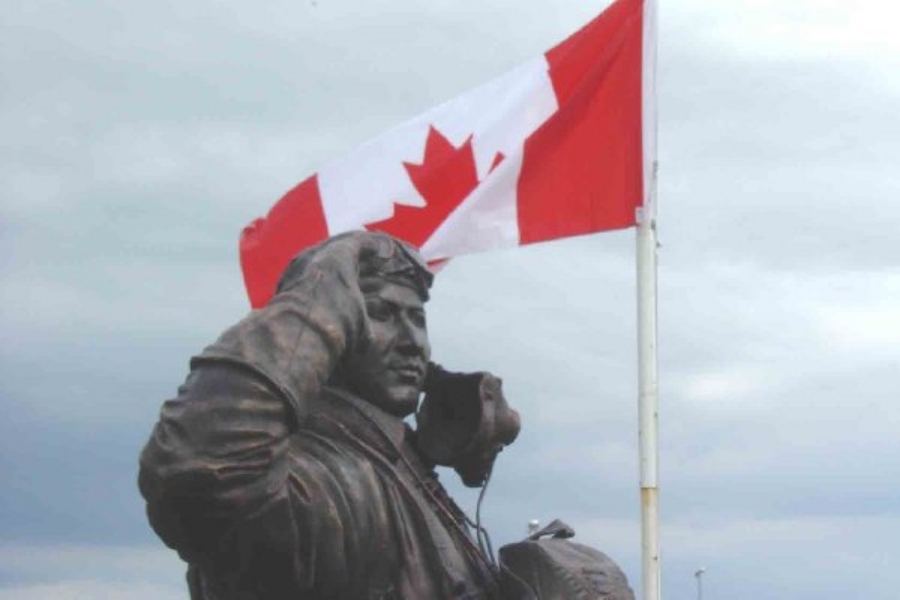 In 1965, Pat Brophy recalled the unfortunate events that unfolded during the night of June 12 to 13, 1944. He said, “I’ll always believe that a divine providence intervened to save me because of what I had seen, so that the world might know of a gallant man who laid down his life for a friend.” What follows below is the story of Pilot Officer Andrew Mynarski.

“Andy” was born on October 14, 1916, in Winnipeg, Manitoba. A quiet man with a good sense of humour, he enlisted in 1941 and trained as an Air Gunner for the Royal Canadian Air Force. He was assigned to the 419 “Moose” Squadron of 6 Group, a squadron responsible for strategic bombing. 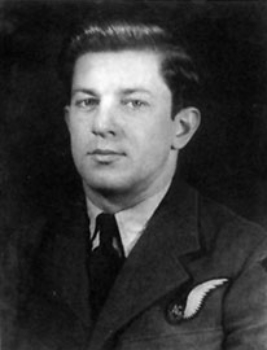 While in the R.C.A.F., Mynarski met fellow airman Pat Brophy and the two rapidly became close friends, even developing an end of evening ritual: Brophy would say “So long Irish” and Mynarski would reply “Good night, sir” and salute.

June 12, 1944. As the pair patiently waited around the air base to find out if their mission for that night was a go, Mynarski noticed a four-leaf clover and graciously offered it to his comrade – a harbinger of what was to come.

A few hours later, the crew set out for what was their thirteenth mission – an unlucky auspice which worried the men. Nonetheless, they successfully evaded detection as they fulfilled their objective of bombing the railyard of Cambrai in France.

Their Lancaster was soon discerned by a German Junkers JU-88 and their plane was hit. Both engines failed, and fire began to rapidly consume the aircraft. The pilot ordered crew members to evacuate; they all did, except for two. Unbeknownst to the crew members, Brophy, the rear gunner, was trapped in his turret because the hydraulic gear system was not functioning. Just as he was about to jump, Mynarski spotted his friend in distress and hurried over to set him free, his parachute and clothes catching on fire as he made his way to the back of the aircraft. Despite Mynarski’s goodwill, his valiant efforts were to no avail and a hopeless Brophy instructed Mynarski to save himself. “When I waved him away again, he hung his head and nodded, as though he was ashamed to leave- ashamed that sheer heart and courage hadn’t been enough,” recalled Brophy. 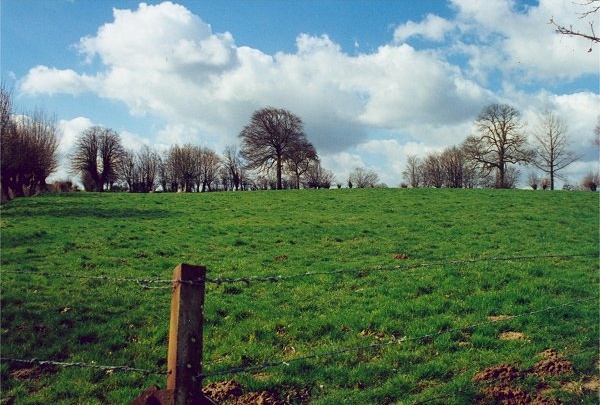 The Lancaster crashed into this field in the countryside of northern France. A monument in his memory was erected near the crash site. (Credit: Canadian Virtual War Memorial, photo courtesy of Steve Austin)

As they had done on so many occasions when they parted ways, a flaming Mynarski stood to attention and saluted. “At the same time, just before he jumped, he said something. And even though I couldn’t hear, I knew it was ‘Good night, sir’.”

The remainder of the crew made it to safety, though two were taken prisoner. Incredibly, Brophy was thrown clear when the plane crashed in a field and against all odds he lived to tell about what he witnessed. “Andy” was not so fortunate and succumbed to his burns. He was 27 years old.

In recognition of his brave and selfless gesture, Mynarski was posthumously awarded the Victoria Cross – the most illustrious military decoration in the Commonwealth. He was the first member of the R.C.A.F during WW2 to be bestowed this honour. The medal can be seen at the Air Command Headquarters in Winnipeg.

A statue in his effigy memorializes him in his native Winnipeg where a school also bears his name.

Mynarski lies in the Meharicourt Communal Cemetery near Amiens, along with eleven other members of the R.C.A.F. 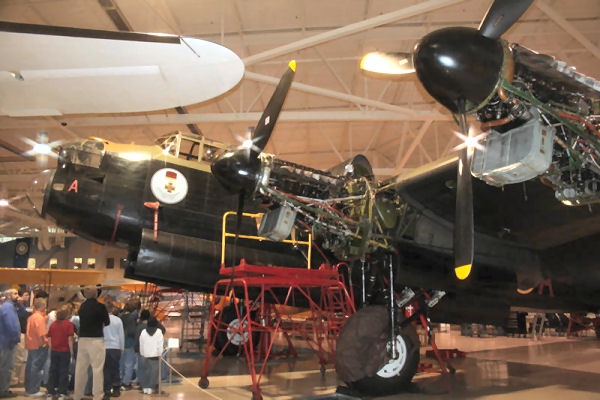 Housed at the Canadian Warplane Heritage Museum in Hamilton, Ontario, this Avro Lancaster is the Mynarski Memorial Lancaster. It also happens be one of the two airworthy Lancasters remaining in the world. (Credit: Canadian Virtual War Memorial)

To explore the inside of a Lancaster, see Valour Canada’s RCAF Lancaster Virtual Tour.