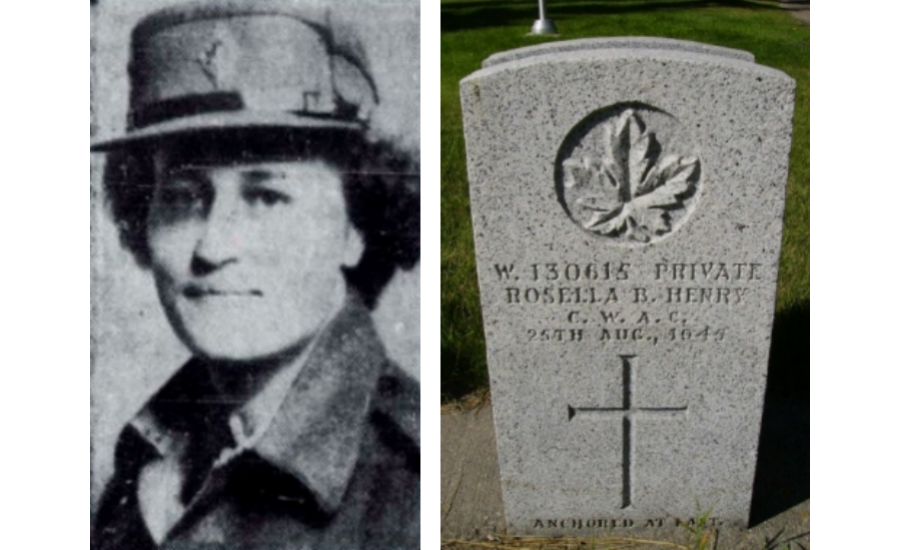 Rosella Bernice Henry was born on July 31, 1924, in Swan River, a town in rural Manitoba. After her father died in 1936, her mother re-married and the family relocated to Calgary, Alberta, during the early 1940s. Rosella left school part-way through grade nine and worked at a laundry to earn extra income for her family. For four months, she was employed as a mechanic’s helper at No.31 Elementary Flying Training School (EFTS) situated on the periphery of Calgary.

Once the E.F.T.S. closed, Rosella decided it was time enlist in the war effort. Like almost 22,000 Canadian women, she joined the Canadian Women’s Army Corps (C.W.A.C.) in 1944.  To be accepted, women needed to meet strict standards: They needed to measure at least five feet, weigh approximately 105 pounds, have completed grade eight, and be between 18 and 45 years of age with no dependents. Women were then assigned to one of 55 different trades, and while many mirrored their civilian roles such as cooking, typing, or operating the telephone switchboard, some had the opportunity to practice unconventional trades like vehicle maintenance.

Rosella travelled to Kitchener, Ontario where she received basic training. Her superiors regarded her as someone who “seem[ed] quite conscientious and serious minded and would fit in well wherever place[d].” Members of the C.W.A.C. were assigned to various theatres of combat, including Europe and the Pacific, though most served in Canada as did Rosella; She was posted to Halifax in January of 1945.

It was the final days of August 1945 – hardly two weeks after VJ-Day – when Florence Ellis received word that her daughter had died while on duty. Rosella was behind the wheel of a forklift, trying to top a ramp, when the 2,700-kilogram (6,000-pound) vehicle overturned and pinned her to the ground. She was rushed to the Halifax Military Hospital with fractured ribs and multiple other injuries. She died two days later on the morning of August 25, 1945. An inquiry concluded that there were no wrongdoings and the event had been entirely accidental. 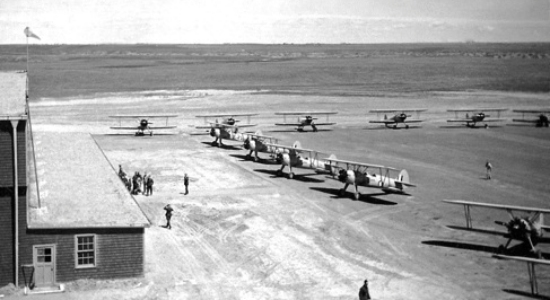 A line of planes used for elementary flight training at the No.31 E.F.T.S. in DeWinton where Rosella Henry worked as a mechanic. (Credit: Bomber Command Museum)

Her mother was deeply affected by Rosella’s passing because it followed the death of Rosella’s brother, Corporal Gordon Henry, in 1943. (He had been the first Calgarian to die in the Italian Campaign.) Similarly to other parents, Mrs. Ellis was unable to be by her children’s side; this complicated her grief as she desperately relied on the testimony of other soldiers to find comfort.

On account of her 324 days of service, Rosella was decorated with the War Medal and the Canadian Volunteer Service Medal. She is buried in the Burnsland Cemetery in Calgary.

To discover more about women’s involvement during WW2 and the C.W.A.C., see Cynthia Oakley, C.W.A.C. or Molly Lamb Bobak.