In the winter of 1942, Prime Minister Mackenzie King approved the creation of the Canadian War Records, a program designed to produce an artistic record of Canada’s Second World War experience that was led by an appointed War Artists Committee who selected and sent artists overseas. The dispatched Canadian artists were tasked with ensuring that a record would be preserved in a format that could do justice to the emotional intensity of the conflict. The grit and determination of one courageous female artist guaranteed that the vital work of Canadian women became part of this valuable historical record.

Molly Lamb Bobak, a graduate of the Vancouver School of Art, joined the Canadian Women’s Army Corps (CWAC) in 1942. For the next three years she performed a variety of jobs across Canada. She worked in an army canteen, designed costumes and sets for the Canadian Army Show, sketched engines, and spent weeks drawing cuts of meat for the CWAC School of Cookery. More importantly, she continually lobbied the War Artists Committee for an appointment as an official war artist and hitchhiked to Ottawa to present her case. 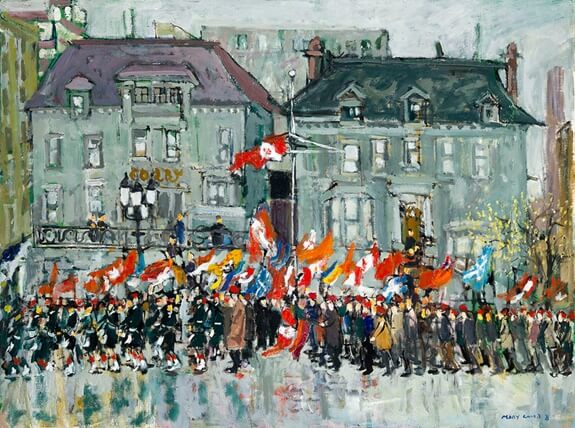 However, the army’s reluctance to place a woman in a situation where she would witness live combat meant that Molly Lamb Bobak’s appointment was delayed until after the end of the war. She set sail for England in June 1945 and spent the next six weeks travelling through England, Belgium, Holland, Germany, and France, all the while sketching images of the women she met along the way. Her portrayals of women in the armed forces made sure that future generations would remember the contributions made by those hard-working and barrier-breaking women. 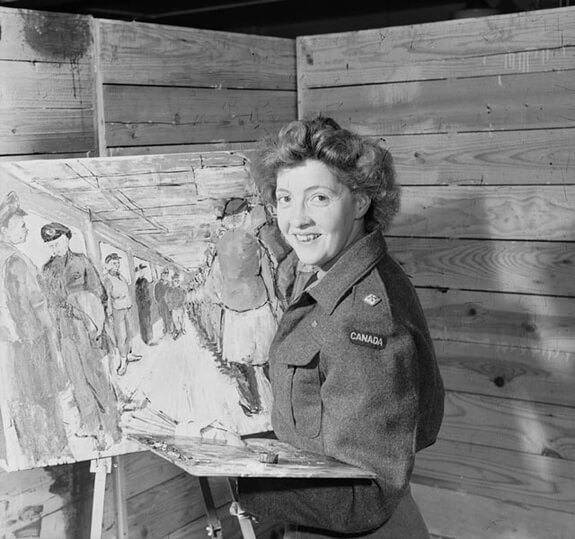 During Molly Lamb Bobak’s time in the army she kept an illustrated diary that recorded her experiences and poked fun at the military institution. It can be viewed online at Library and Archives Canada.

To learn more about Bobak, see the Canadian Encyclopedia entry.