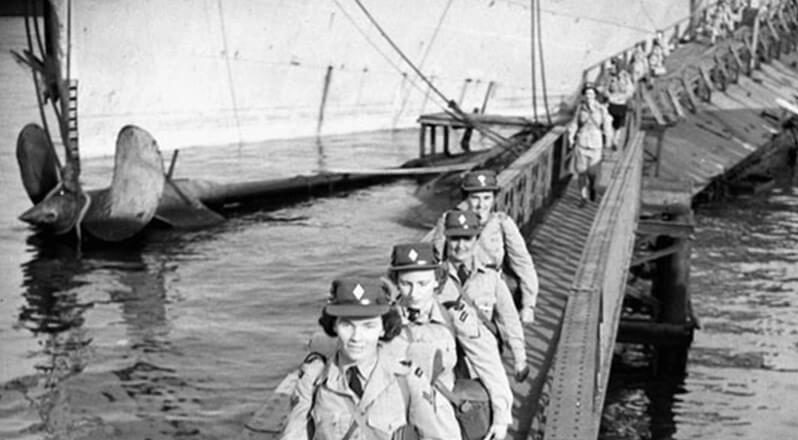 When the Second World War broke out Canadian women were eager to help, but had few opportunities to do so. Observing that there were more opportunities in England, Torontonian Cynthia Oakley booked a ticket on one of the last ocean liners and found work as a secretary at Canadian Military Headquarters. After her brother Rupert was killed in France at Dieppe, she enlisted in an officers training course and became the first Canadian woman to serve as a staff officer. 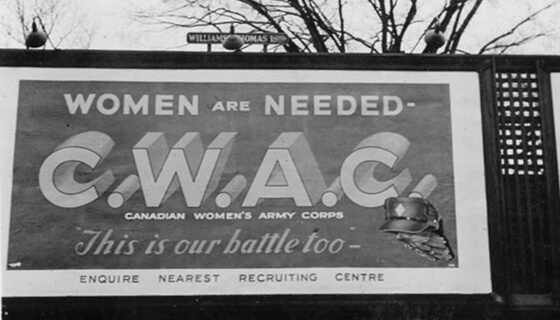 An outdoor billboard with the recruiting message: “This is our battle too” (Credit: LAC M# 3604399).

By that time the Canadian Government had authorized the creation of the Canadian Women’s Army Corps. While most of the 22,000 women who joined CWAC served in Canada, Oakley was placed in charge of the first female unit to be stationed in mainland Europe. Her unit encompassed seventeen women from across Canada who were trained as wireless operators, stenographers, clerks, and switchboard officers. When they arrived in Rome, one of their first tasks was removing the photographs of Mussolini from the former Air Ministry building. 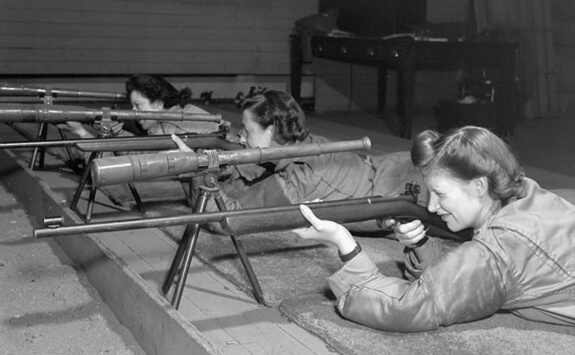 The creation of the Canadian Women’s Army Corps was authorized by the Canadian Government on August 13, 1941. Initially, CWAC personnel were assigned jobs that aligned with traditional notions of femininity such as office work and domestic tasks. Over time, however, they began to adopt more active roles and became mechanics and radar operators. The work of CWACs such as Cynthia Oakley proved that women could play an active role in the military and paved the way for today’s female soldiers. 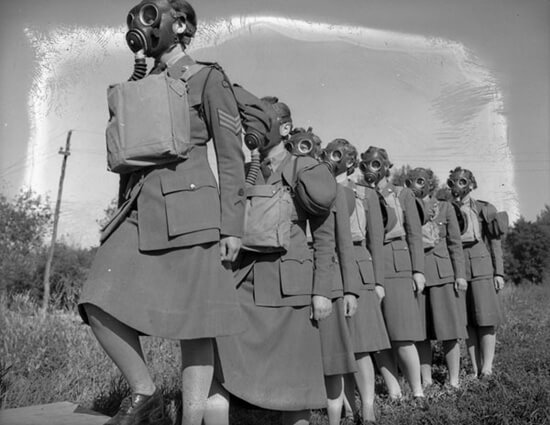 To learn more about the CWAC, visit the War Museum’s Backgrounder or the Library and Archives Canada Blog. 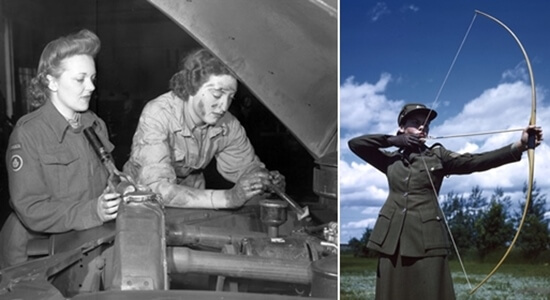