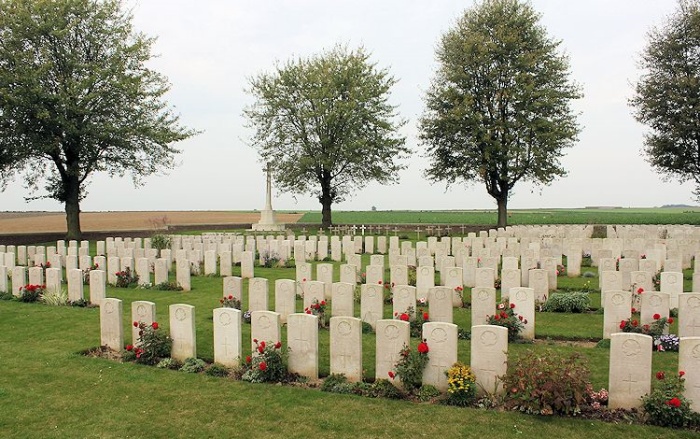 Born in Tochigi Ken, Japan, on March 1, 1878, Private Iwakichi Kojima immigrated to Canada and resided at the Japanese Association in Calgary, Alberta when the First World War broke out.

By enlisting in September of 1916, he became one of the 200 Japanese Canadians who volunteered to fight in the Great War. Ninety-two were wounded and another 54 never returned home.

Within the next few months, Kojima successfully completed his medical examination at Camp Sarcee, set sail aboard SS Empress of Britain and arrived in France in December. Kojima was temporarily assigned to the 192nd Battalion prior to being redirected to the 10th Battalion which acquired the reputation of being relentless and resilient in light of the arduous fighting it endured during the Second Battle of Ypres and the Battle of the Somme. 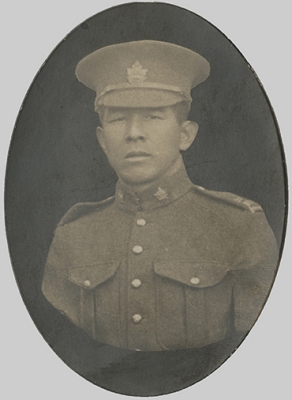 By the time spring rolled around in 1917, all four Canadian divisions slowly congregated in the sector of Vimy Ridge as part of the plans devised to capture the ridge, a position that had firmly remained in German hands since near the beginning of the war. Kojima and the 10th Battalion were among the men who bravely and famously attacked Vimy Ridge on that Easter Monday. Sadly, the assault cost the 39-year-old his life. He was reported killed in action on April 9, 1917, meaning he did not live to witness the Canadians’ final triumph at Vimy Ridge three days later.

Canadian soldiers make their way through the barbed wire laid by Germans at Vimy Ridge. (Credit: Library and Archives Canada)

Once the war was over, Kojima’s body was exhumed just over a mile southeast of the town of Neuville-St. Vaast and was later reinterred in the Nine Elms Military Cemetery situated 5 km from the Vimy Ridge Memorial. 378 Canadian Vimy Ridge victims also repose in this cemetery. In 1920, two years after the Armistice, the Canadian Japanese Association unveiled a meant to honour all the Japanese Canadians who served under the Canadian flag, both the fallen and the survivors. Cherry blossom trees now adorn the memorial where Kojima’s name is forever engraved. 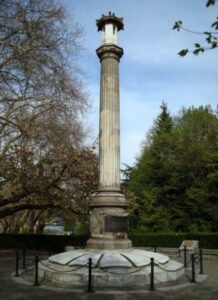 Read our article on Matsumi Mitsui to discover the story of another Japanese Canadian who served in WW1.

To find out more about Japanese Canadians’ contribution in the World Wars, see Warrior Spirit 1916 and this article published in Nikkei Voice.