Prior to the British assault on Passchendaele being bogged down by heavy rainfall during the latter half of the summer of 1917, the High Command knew that they had to somehow prevent additional German reinforcements from being sent to oppose them in Belgium. Consequently, the recently appointed Canadian Corps Commander, General Arthur Currie, was ordered to launch a full-scale attack on the nearby French coal-mining city of Lens in the hopes that any reinforcements for Passchendaele would be diverted. Currie knew that his troops would not be able to take the heavily fortified city without extreme losses, so he instead proposed to attack the adjacent Hill 70 and was subsequently able to convince his superiors to allow the Canadians Corps to take this course of action.

Hill 70 was a piece of high ground that overlooked Lens, making the city vulnerable to artillery attacks by whoever held that topographically superior position. Although Sir Douglas Haig approved the change of plan, he and Currie both realized that the position would be a tough nut to crack given that the hill was well defended by deep trenches, concrete pillboxes, entrenched machine guns, and five feet high barbed wire. In addition, the German defenders were armed with flamethrowers and mustard gas. Nevertheless, Currie stuck to his guns, drew up a plan, and put it into action. On August 15, 1917, the Canadian infantry attacked Hill 70 and by the end of the day on the 16th, they had managed to overcome the German defences and completely capture the strategically significant position. 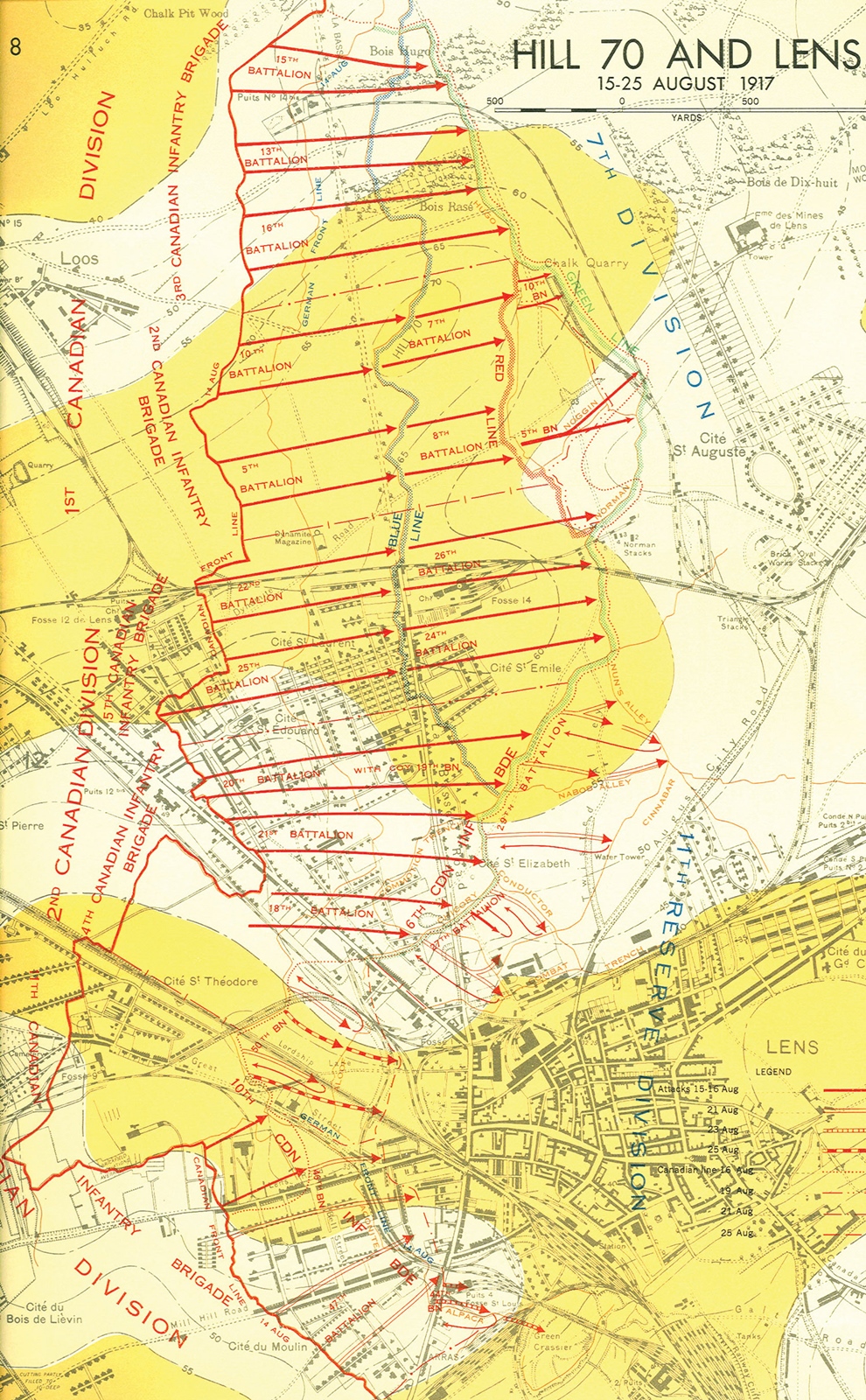 For the next three days the Canadians repulsed a series of twenty-one vicious counterattacks. They inflicted an estimated 25,000 German casualties and a gave a severe blow to German morale. Currie and the Canadian Corps eventually captured Lens, suffering severe casualties (over 9,000) while attempting to do so, and marked the Battle of Hill 70 as a significant milestone in Canadian military history. The battle was also the first time that all four Canadian divisions fought under Canadian command. Six Victoria Crosses were awarded to Canadian soldiers in the aftermath. 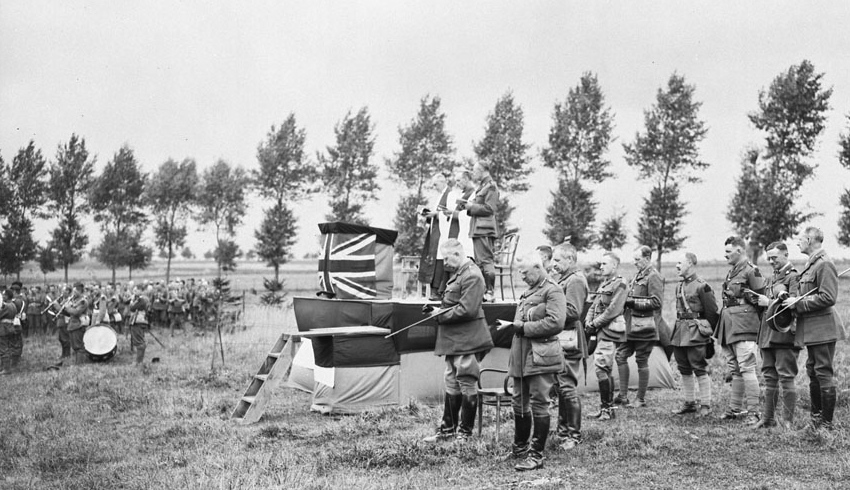 Currie said afterwards that Hill 70 was “…the hardest battle in which the Corps has participated. It was a great and wonderful victory. GHQ regard it as one of the finest performances of the war.”

The Canadian Encyclopedia and Veterans.gc.ca have more detailed Hill 70 accounts. Also, Hill70.ca has some illuminating before and after photos of Lens and the immediate area