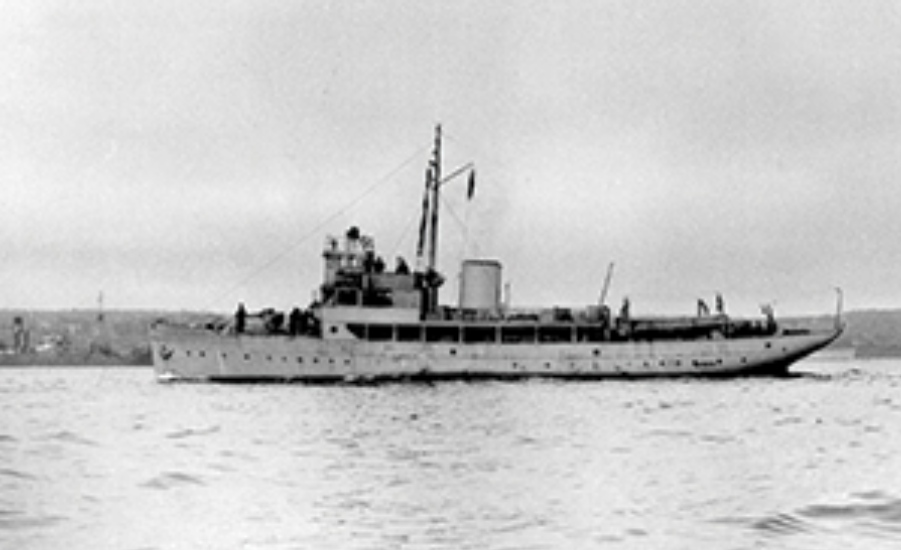 Once the Second World War was in progress, Payne – who worked as a grocery clerk – responded to the call of duty and enlisted in the Royal Canadian Naval Volunteer Reserve (R.C.N.V.R.) in 1940. Although volunteers were only required to serve for a minimum of three years, Payne was committed to serving until war’s end – whenever that would be. 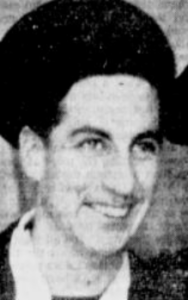 Albert Payne was killed when HMCS Raccoon was torpedoed by a German U-Boat in 1942. (Credit: Canadian Virtual War Memorial)

He was posted to HMCS Naden before being redirected to HMCS Raccoon in May 1941, and later that year, he was promoted from the rank of Ordinary Seaman to Able Seaman. Raccoon had previously been a private yacht, but facing the pressure of war, had been fitted with the proper armament as to accompany and safeguard all-important convoys to Europe. She operated mainly out of HMCS Fort Ramsey in Quebec.

By 1942, with the Battle of the Atlantic (1939- 1945) well underway and the Battle of the Gulf of St. Lawrence (1942-1944) in its early stages, Germany was manufacturing large quantities of U-Boats and developing naval techniques as innovative as they were effective; instead of waiting for convoys to venture in deep and distant waters to strike, U-Boats organized ‘wolfpack’ attacks in mid-ocean as this amplified their strength. Since convoys generally followed the same route, they became easy prey for the German submarines crawling in the St. Lawrence River. 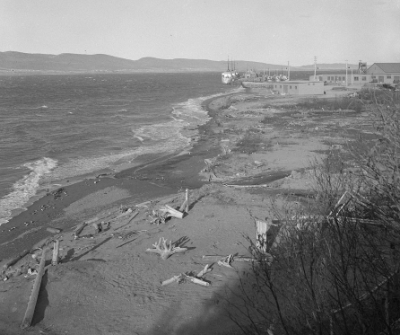 HMCS Fort Ramsey from the window of the Commanding Officer’s quarters. (Credit: Library and Archives Canada)

In early September, two were of particular concern, U-165 and U-517. They kept circling the St. Lawrence, waiting for the right moments to pounce. Payne and 36 other crew members were aboard Raccoon as it pulled out to escort convoy QS-33. Shortly after, in the early hours of September 7, U-165 torpedoed Raccoon, causing her boiler to explode before she quietly descended in the water, never to be seen again. There were no survivors.

Raccoon’s sinking was one of the first in a string of deadly U-Boat attacks in the St. Lawrence. U-517 sank three other ships of convoy QS-33 in addition to HMCS Charlottetown. These incidents brought to light the Royal Canadian Navy’s struggle to protect shipping lanes and the St Lawrence, and as a result, the waterway was closed to oceanic shipping on September 9. 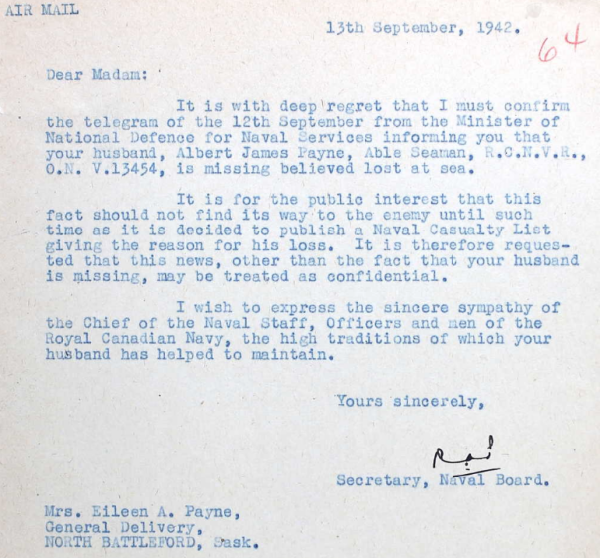 A letter received by Payne’s widow, Eileen, informing her of her husband’s death. (Credit: Ancestry)

Payne – whose body was lost at sea – is memorialized on the eighth panel of the Halifax Memorial in Point Pleasant Park. To honour his service and sacrifice, Payne is the recipient of the various medals including the 1939-1945 Star, the Atlantic Star, the Canadian Volunteer Service Medal and silver bar, and the War Medal 1939-1945. 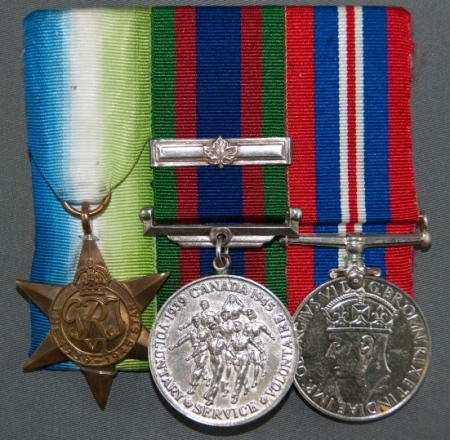 Examples of the medals received by Payne. (From left to right) The Atlantic Star, the Canadian Volunteer Service Medal with clasp, and the War Medal 1939-1945. (Credit: Robert Power and the Memory Project)

To gain a better understanding of the Royal Canadian Navy’s role during the Second World War and the challenges it faced, see HMCS Athabaskan and HMCS Chebogue.

Main photo: HMCS Raccoon was an armed yacht responsible for keeping convoys safe from German submarines as they made their way to Europe. It sank in the Gulf of St. Lawrence. (Credit: Legion Magazine)

Veterans Affairs Canada. “The Battle of the Gulf of St. Lawrence.” Remembrance Series, 2005.