Tom “Little Chief” Settee was born in Cumberland House, Saskatchewan on 29 October 1914. Settee was born with a lung disorder, but this never held him back from pushing himself in his career and later joining the army.

When he was 7, Settee was sent to Elkorn Residential School. He then moved with his family to Prince Albert. As a young adult, he turned to boxing to help improve his lung capacity. In 1937, Settee began training and entering competitions with the hope of one day becoming a welterweight champion. In 1939, the start of the Second World War put that dream on hold.

Prior to the outbreak of the Second World War, Settee had already enlisted in the Militia and was a part of the North Saskatchewan Regiment. When the war began, Settee was transferred to another regiment – The Regina Rifles – who were sent to train in Britain in 1941. They were nicknamed the “Farmer Johns” because of the many Saskatchewan farmers and trappers that constituted the regiment..

Settee was one of the 14,000 Canadian soldiers who landed in Normandy, France, on D-Day (6 June 1944. He and his regiment fought alongside The Winnipeg Rifles and The Canadian Scottish Regiment in the town of Courseulles-sur-Mer. He survived the initial assault, however, was later injured near Caen while running between slit trenches. Settee sustained shrapnel to his hip; the foreign material was never removed. 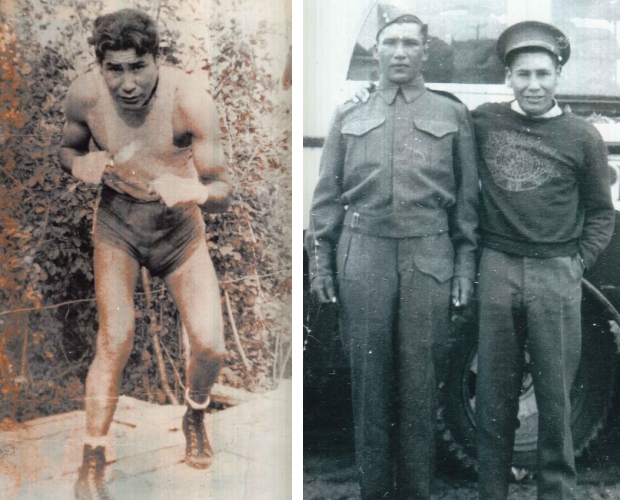 Following the war, Settee returned home and continued his boxing career. He won most of the professional fights he entered, claiming the Western Canadian welterweight and middleweight championships. In 1956, he married Jean Wilson, whom Settee met while in Britain during the war. Following his retirement, he opened a barbershop, but his love for boxing never left him. Settee continued to mentor young boxers and teach them the values he had learned in the profession.

Settee was interviewed by The Memory Project and described his experiences on D-Day.