The 1990s were a period of great optimism for much of the world.  The break-up of the Soviet Union resulted in the end of the “Cold War” between the United States, led to the North Atlantic Treaty Organization (NATO), and the Soviet-led Warsaw Pact. Many people thought the end of this conflict would lead to a new era of world peace.  However, it soon became apparent that the post-Cold War world could also be unstable.

The Federal Republic of Yugoslavia (FRY) was composed of several distinct ethnic groups such as Serbs, Croats, and Bosnians, and was held together through the Cold War by a strongman dictator named Josip Broz Tito who was supported by the Soviet Union.  The death of Tito in 1980, and the break-up of the Soviet Union in 1990 set the conditions for the distinct ethnic groups in Yugoslavia to re-assert their identities and form their own countries.  Beginning in 1991, a civil war erupted as the republics of Croatia and Bosnia sought to break away from the Serbian dominated Federal Republic of Yugoslavia. 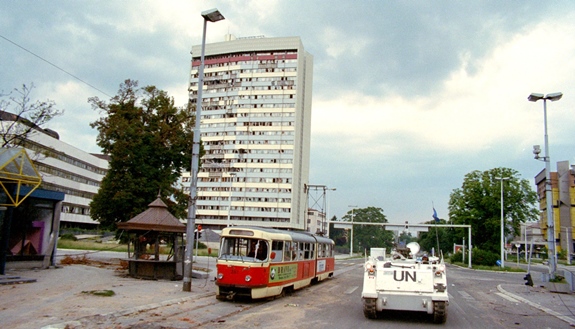 In response to this crisis, The United Nations created the United Nations Protection Force (UNPROFOR) with the goals of monitoring existing ceasefires where they existed, and to protect civilians by establishing United Nations Protected Areas (UNPAs) where fighting was still ongoing.  The Canadian Armed Forces initially deployed an Infantry Battle Group, based on 1st Battalion of Royal 22nd Régiment [1] as part of that force. As the fighting in Bosnia worsened in 1992, a crisis loomed in the city of Sarajevo as fighting around the airport prevented essential humanitarian aid from entering the city.  The Commander of the UNPROFOR tasked the Canadians to re-open the airport and in June and July 1992 the “Van Doos” completed the task.  Below is a summary of their actions taken from the Commander-in-Chief Unit Citation the “Van Doos” received from the Governor General in recognition of their actions:

“While surrounded and being shot at by belligerents on all sides, the Battle Group steadfastly executed its mission, securing the Sarajevo airport for humanitarian relief flights and escorting these relief convoys into the city. As a result of their presence, the anti-aircraft weapons, howitzers and tanks stationed around the airport were soon forced to draw back. The superb effort of the Battle Group led directly to the provision of critical aid for the war-ravaged citizens of Sarajevo and helped in large measure establish the United Nations in the eyes of the community as a vital force for world peace and security.” 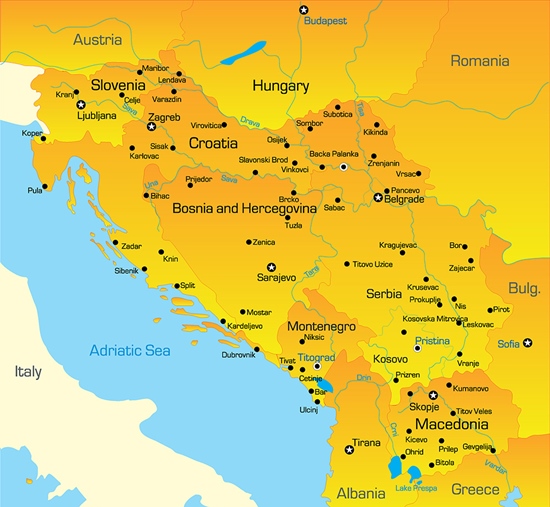 To learn more about:

– The background of the conflict and on-the-ground conditions while the “Van Doos” were there, see this CBC “The National” from June 4, 1993.

Another former-Yugoslavia-related story is the Battle of the Medak Pocket that saw the PPCLI (UN mandated) pitted against the Croatian Army during a ceasefire in the autumn of 1993.

Main Photo: An image showing how Sarajevo was encircled and cut-off during the siege (Credit: The Backpacker Report).

[1] The Royal 22nd Regiment (Royal 22e Régiment), based in Quebec City, is commonly known as the “Van Doos”, an anglicization of the French translation for twenty-two: vingt-deux. They are a French speaking unit.