This was part of the first phase of Operation Athena. From 2003 to 2005, it was focused on establishing a secure environment in the capital city of Kabul so that Afghan leaders could create and ratify a new constitution for the country, as well as holding the country’s first election. During this period, Canada was at the forefront of the international effort with its generals being put in high command positions over international forces.

Based out of the southern province of Kandahar, the second phase of Operation Athena was the much longer and more expansive mission from 2005 to 2011. Phase II had three concurrent elements: security, governance/rule of law/human rights, and economic development. During this time 3 RCR fought counter-insurgency and brought stability to the area – which allowed the Kandahar Provincial Reconstruction Team (KPRT) to do it work. As a result, the Canadian Forces would not operate by themselves, but with other segments of the Canadian government in what has been termed a “whole of government” approach. This meant Canadian civilian presence (such as Correctional Service Canada, RCMP, then-Canadian International Development Agency, and the then-Department of Foreign Affairs and International Trade) grew three-fold with most of its efforts focused on Kandahar Province as part of Provincial Reconstruction Teams (PRTs). Civilian-led projects included the Dahla Dam reconstruction, the construction and re-establishment of fifty schools, and eradicating polio across Afghanistan.

Naturally, it was the Canadian Forces who took the lead in the area of security. They would also assist with increasing the capabilities (e.g. training) of the Afghan National Army and Afghan National Police via the Operational Mentor and Liaison Teams (OMLT), pronounced “omelette”. The OMLTs are perhaps some of the most distinctive elements of the Canadian presence in Kandahar province. OMLTs are comprised of Canada’s most experienced and veteran soldiers. There are around fifteen to thirty OMLT members in each Afghan National Army (ANA) unit, and they are embedded for a period of at least six months. The OMLTs are responsible for training and mentoring their attached ANA unit, as well as liaising between the Canadian and Afghan forces. 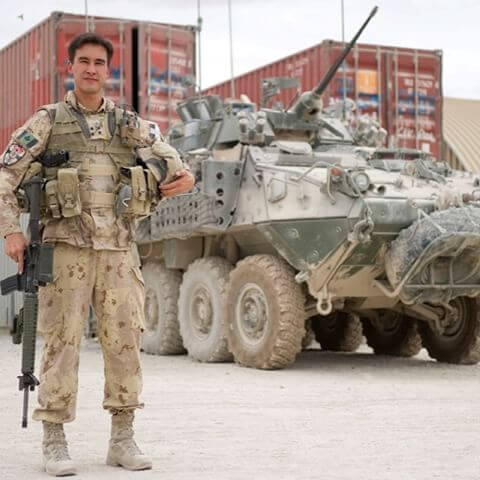 But Canadian troops conducted many combat operations on their own as well. Perhaps the most famous of these was Operation Medusa in September 2006 (Learn more about Operation Medusa HERE). Taking place in the Panjwaii District, it came several months after the battles in the same area that saw the death of Captain Nichola Goddard (6 min video documentary HERE). In a bid to clear out the district of Taliban fighters once and for all, the Canadians began a massed operation that sought to kill or force into permanent retreat the Taliban forces in the area. This operation over seventeen days saw heavy combat with artillery, aerial bombings, and armoured vehicles taking their toll on the various villages and compounds in the area. By September 17th, most Taliban forces had retreated, with over 500 killed and over 130 captured. Ten Canadian Forces soldiers were killed, one due to a “friendly fire” incident by an United States Air Force A-10 ground-attack aircraft.

Operation Medusa was certainly successful in the immediate sense – few Taliban fighters made their way back after the battles. But some nonetheless did continue the fight, and roadside bombings and small engagements continued for some months after. This was a pattern that repeated numerous times up until the withdrawal of Canadian combat troops in December 2011.

For a brief timeline of Canada’s relationship with Afghanistan, please see the official Canadian Government website.