On February 2, 1943, a group of Canadian officers arrived in North Africa. The North African Campaign had been raging back and forth across the desert for three years and the British were preparing themselves for one final push. Nonetheless the 348 battle-hungry Canadians sent to the desert weren’t there to help the British win the North Africa campaign; they were there to prepare for the Allied invasion of Europe.

Two months previously these officers had been pulled out of their units and bunked in a disciplinary camp. They were told that they were being transferred to an undisclosed location. When they arrived in Tunisia they were assigned to pre-existing units and temporarily filled the gaps left by wounded British officers. They spent the next three months experiencing real combat and preparing themselves for the upcoming invasion of Europe.

Canadian officers soon found themselves in charge of legendary British regiments and proved to the British that Canadian soldiers were a force to be reckoned with. They were popular with their British allies and soon found themselves leading stalwart troops against Rommel’s reputable Afrika Korps.

The German-Italian Axis was finally overrun and forced to surrender to the Allies in May; 275,000 POWs were taken, a huge blow to the fascist powers.

The Canadian officers—including Canadian Corps Commander General H.D.G Crerar who visited the North-African front to learn about battle strategy—were back in Britain by June and eager to lead their own men into battle. It would only be a few short months before they got their chance. 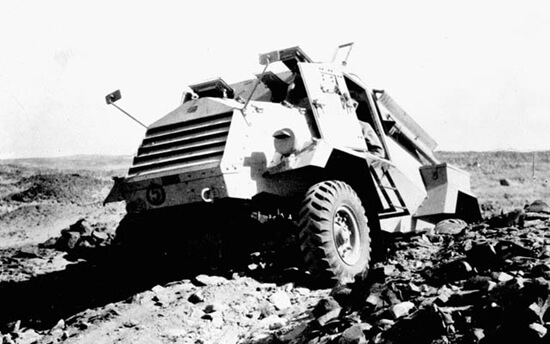 To learn more about the North African campaign, check out the Canadian Military Journal.