Construction began on the Drill Hall at Mewata Park in 1917, as the inscription above the main entrance makes clear. Soon it was called The Armouries at Mewata Park and then simply Mewata Armoury. From 1906 Mewata Stadium, (west of the Armoury, now the Shaw Millennium Park) with seating for 10,000, was a Calgary landmark. In 1913, the City of Calgary made part of the Park available to the Government of Canada to build a large drill hall. It would accommodate the units of Military District 13, especially the 103rd Regiment (Calgary Rifles). The City would always have an interest in the property as well.

In 1920, after the last soldiers had returned from Europe, the Army had to rule on which units would form the new Militia. Naturally, the Calgary Rifles felt entitled. But so then did the Canadian Expeditionary Force battalions which hailed from Calgary, the 10th, the 31st, and the 50th. The decision was to form a new regiment of two battalions, The Calgary Regiment. It would be the principal of several occupants under command of Military District 13. Imagine the consternation when in May 1920 the Government decided to transform Mewata Armoury into a permanent force barracks! The Lord Strathcona’s Horse (Royal Canadians) would take over the Armoury and the Militia would be relegated to the basement. 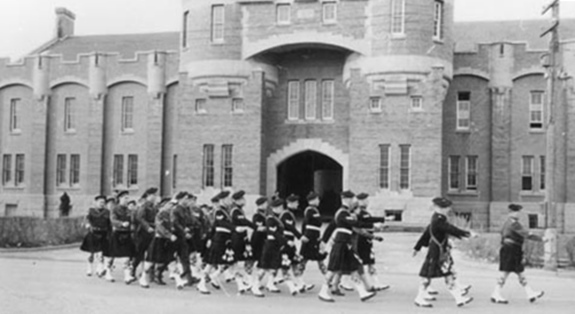 It was in this context that the Alberta Military Institute (AMI) was founded and soon moved into the Armoury for its offices and social functions. The Armoury had a well furbished Officers’ Mess serving both the Permanent Force and Militia called the Garrison Officers’ Mess. It was served by a full-time kitchen as the Strathconas were living in the building and messing there.

When the Strathconas moved into the purpose-built Currie Barracks in 1936 the Militia repossessed their Armoury and the AMI remained with them. After the Second World War, the regular force returned to Currie and the militia to Mewata. However, the veterans were so numerous and so respected that they could rule the roost. In 1952 the Institute, now renamed The Alberta United Services Institute (it became Royal in 1979), had a membership of One Thousand Two Hundred! Lunch was served five days of the week, mainly for the enjoyment of RAUSI members.

Until the 1990s when the veterans of the First War were gone and those of the Second were aging, there was no doubt who ran the Mess. RAUSI had spent over $300,000 on refurbishing the kitchen and washrooms, installing the elevator, and generally caring for the upkeep of the Garrison Officers’ Mess. But all things come to an end, and RAUSI gradually lost status in the Mess. Perhaps in the future, the Institute will once again locate somewhere in the city downtown where it first began. 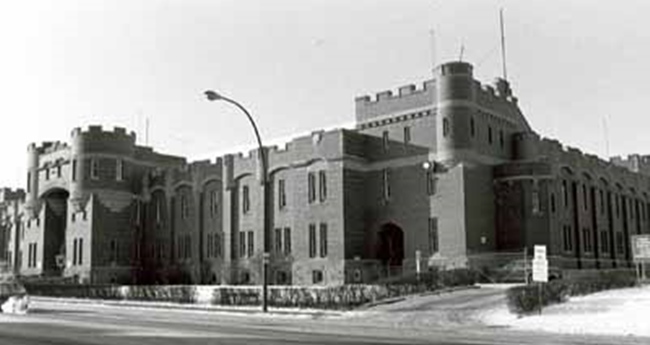 For more information about the building’s history, please see Retroactive: Exploring Alberta’s Past.

Our thank you to Rev Maj (Ret’d) Lloyd Northcott for allowing us to post this article.