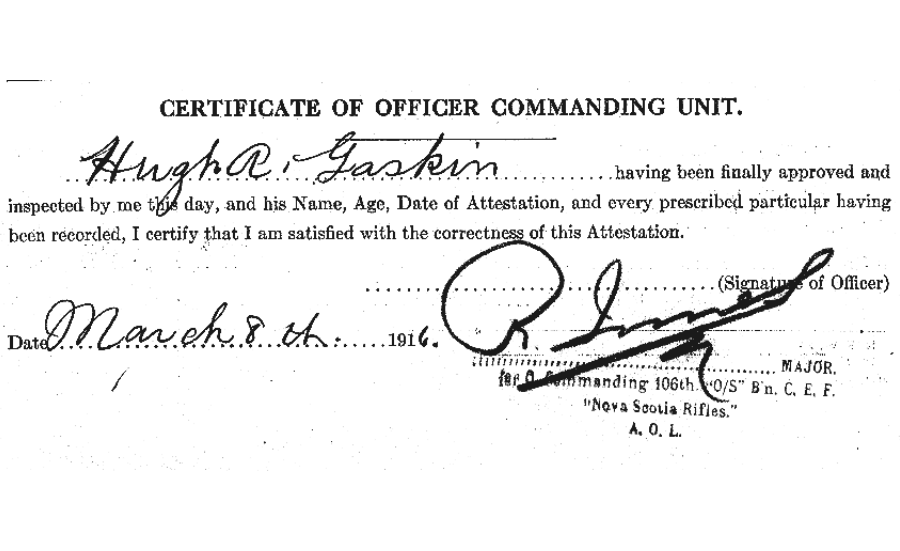 Originally from Georgetown, British Guiana, where he had served in the militia, Hugh Gaskin was married and serving as a pharmacist in Sydney, Nova Scotia at the start of the war. He enlisted with the 106th Battalion in Sydney on 13 December 1915, one of 16 Black men who sailed to England with the battalion, arriving there on 25 July 1916. The 106th was broken up to provide reinforcements. After that he remained in the 26th Reserve Battalion until November 1917 when he was sent to serve with the 78th Battalion. From hereon his service takes some remarkable steps. Private Gaskin was quickly promoted to corporal in February 1918, and to sergeant that July. This was not a period when the unit was taking the heavy casualties, they would experience during the 100 Days that ended the war.  Hence, he was promoted because he was good, so good in fact that he was recommended for a commission. In August 1918 Sergeant Gaskin was posted to the officers’ school in the UK from which he graduated on 23 November as a lieutenant. He thus missed the last days of the war, but he did return to the battalion in time to cross the bridge at Cologne on 13 December as part of the Army of Occupation. He returned to Canada in July 1919. 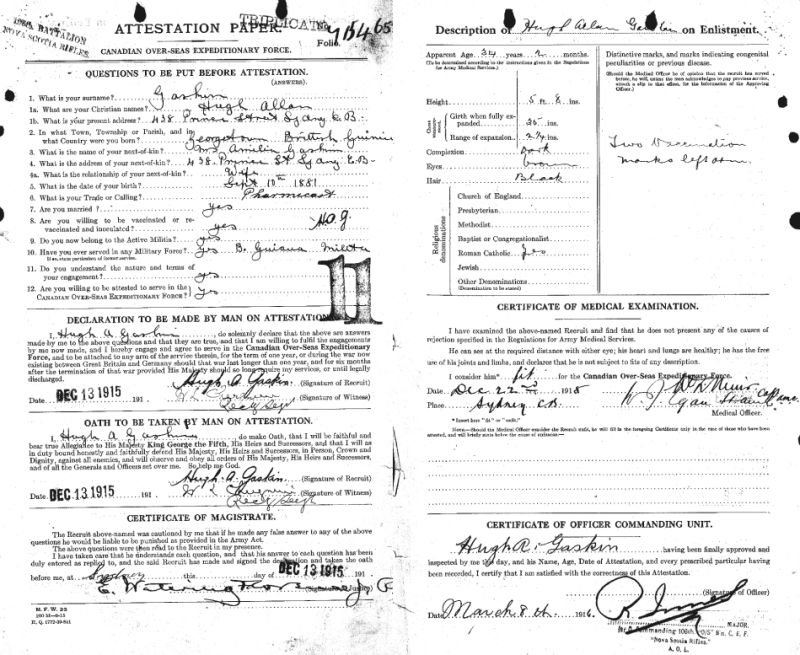