Between June 7 and 17, 1944, an estimated 156 Canadian soldiers were taken prisoner and then were killed by German soldiers during the fierce fighting that raged across the Normandy countryside following the D-Day landings. The majority of these events were not spontaneous acts of battlefield violence but cold, calculated, systematic executions carried out behind enemy lines well after the soldiers were captured. The German perpetrators were members of the 12th SS Panzer Division, the recently established ‘Hitler Youth’ Division. Cruelly nicknamed “Germany’s Baby Division” by the allied press, most of the German soldiers in the division were under twenty-years-old.

On June 7 and 8 alone, 55 Canadian prisoners were executed. 18 of them were killed within shouting distance of Meyer’s command post at Abbaye d’Ardenne. The trial later showed that witness accounts and the physical evidence indicated that, at a minimum, Meyer, as the commanding officer, did nothing to stop the killings. 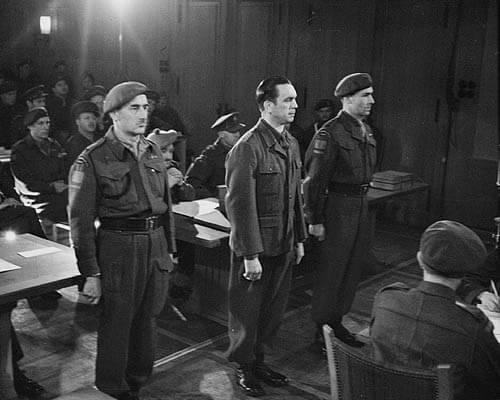 As the Canadians continued to press south and then eastward from Normandy, Meyer and those under his command were forced back. Even as the Falaise Gap was closed, Meyer managed to escape and was, in fact, able to retreat much further east (to the Meuse River) with some of his unit. However, the Allies would not be denied. On September 6, his HQ was attacked and scattered by the Americans; the very next day he surrendered to them after he was discovered hiding in a barn.

Once the war ended, former 12th Panzer officer Kurt Meyer was put to trial. He was acquitted on some of the charges but was ultimately convicted of inciting his troops to kill prisoners. He was sentenced to death, but later his punishment was commuted to life in prison. After serving nine years he was released by the Canadian government. 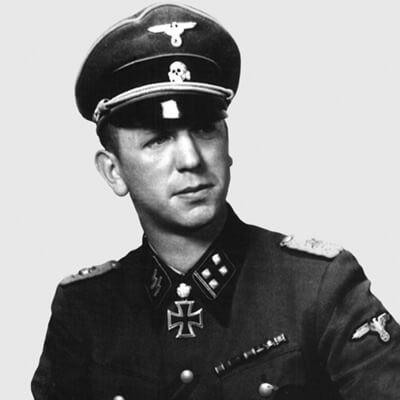