John McCrae was born in 1872 in Guelph, Ontario.  He would grow-up in Guelph attending the local collegiate and serving as a cadet in his Father’s artillery regiment.  He joined the artillery at the age of 18 as a Gunner and was quickly promoted to the rank of Lieutenant.  At the same time, he won numerous academic awards and was studying medicine at the University of Toronto.  He also dabbled in poetry and art; both lifetime hobbies.

With the outbreak of the Boer War in South Africa, Lieutenant McCrae went overseas with a battery of his Guelph artillery regiment.  McCrae would see considerable action in South Africa and be considered the unit’s most popular officer. 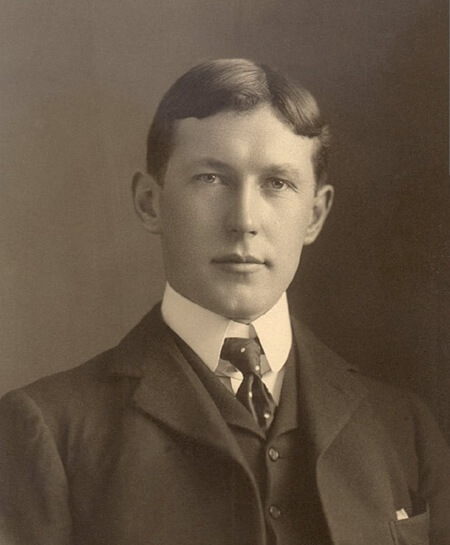 McCrae returned to Canada in 1901 and for the next decade he focused on his medical career. The man was a leader in teaching, innovating, and doctoring. Once the First World War started, he was one of the first doctors to enlist. In the spring of 1915 during the Second Battle of Ypres, Major John McCrae could be found treating the wounded at a Dressing Station just a few miles from where the battle raged.  Following news that a close friend of his from the artillery had been killed-in-action and during a break from his medical duties, McCrae saw the poppies intermixed with the crosses of recently buried soldiers and wrote In Flanders Fields. 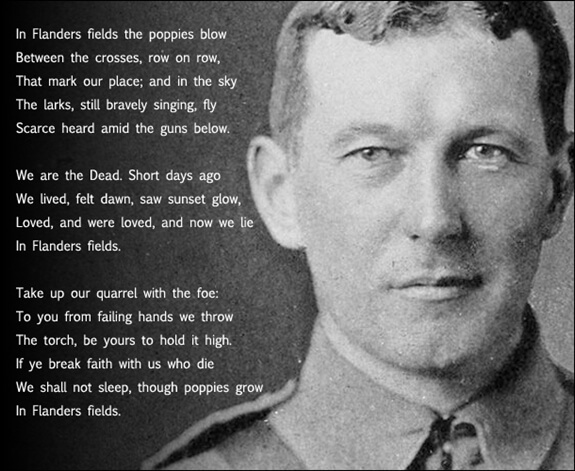 McCrae would be promoted to the rank of Lieutenant-Colonel and serve throughout most of the First World War.  In 1918, the final year of the war, after a brief illness, he died at the Number 14 British General Hospital for Officers. He was buried with full military honours in Wimereux Cemetery, France.

To learn about McCrae’s life, visit Veterans Affairs. For a Blackfoot version of In Flanders Fields, see this.