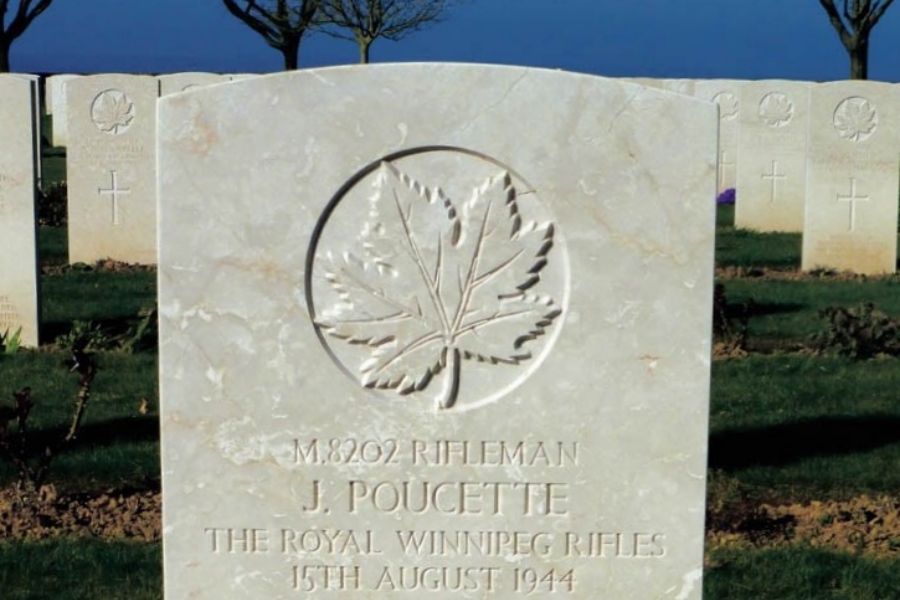 Joe Poucette was no more than 19 years of age when he volunteered to fight in the Canadian Army during the Second World War. What makes him stand out is not his young age, but his being the sole member of the Stoney Nakoda First Nation to have served in that war.

One of Pete and Jenny Poucette’s seven children, Joe was born April 28, 1924 on the Stoney Nakoda Reserve in the foothills of the Canadian Rocky Mountains.

During his childhood, Joe fostered many interests and exhibited a fondness for sports including baseball, hockey, racing and football. He was also a keen hunter. His athletic abilities and sharp hunting skills were perceived as assets and “with his outdoor interests he [was expected to] prove a capable soldier with his arm.”

Like most Indigenous people of his generation, Poucette attended a residential school and faced discrimination. Yet, this did not deter him from enlisting in October of 1943, eventually joining the Royal Winnipeg Rifles (RWR) as a rifleman. The Stoney Nakoda community was proud and honoured him according to their traditions before he was sent overseas. “The community had a powwow for him [..] They gave him a name and a ceremonial song, and the next day he went off to war,” explained his niece, Tina Fox.

His training consisted of 48 days of basic training followed by an additional two and a half weeks of specialized rifleman training. 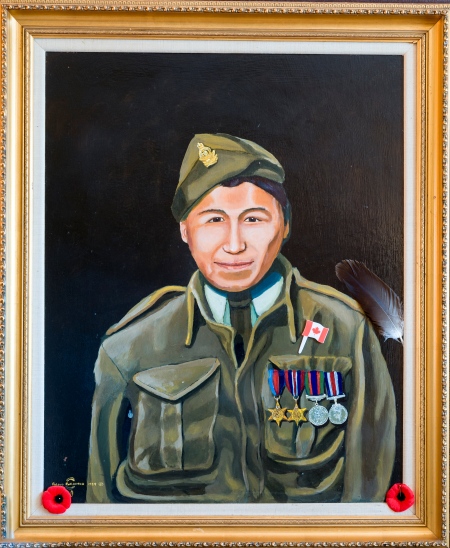 Poucette was deployed to northern France on June 23, 1944, just a few weeks after the Invasion of Normandy. Fighting in the sector revealed itself to be fierce and grueling due to pockets of tenacious German resistance. The high number of Canadian casualties sustained from the Battle of Normandy – 18,444 to be exact – speaks to the roughness of combat.

Poucette’s experience on the battlefield was no different. But he also took some time to write home – his writing reminisced about snow and people from the reserve; he also expressed regret over not being able to attend the Calgary Stampede.

On July 4th, the 3rd Canadian Division, which included Poucette’s battalion, attempted to grasp from German hands the airport of Carpiquet, a town on the outskirts of Caen. The Rifles were decimated by enemy fire as they ran across the exposed runways. 264 Canadian casualties were recorded after the Rifles withdrew.

Caen was taken by the Allies in the following days and the mission objective changed to closing the Falaise Pocket, a patch of German resistance which prevented Allied advances to the east (See our article on the Falaise Pocket for a more detailed account). Poucette was killed during this battle on August 15, 1944.

While Poucette has been laid to rest in the Bretteville-sur-Laize Canadian War Cemetery in northern France, a headstone in his memory has been placed in the reserve’s cemetery next to the graves of family members. Over 70 years after his death, the young man’s sacrifice has not been forgotten by First Nations. New generations learn of him through the story telling of Poucette’s relatives who hold annual commemorations to honour his sacrifice. “We hold our warriors in high esteem and that’s what he was. He represented that to our people,” observed Fox.