Two months after the landings in Normandy, the Allied armies remained within a fairly narrow strip of land west of Caen, France. The main obstacle to further eastward progress was the German 7th Army, clustered south of the town of Falaise. Isolated from the rest of their military, the Germans were desperate to get back to their lines. With Americans to the south, the British to the west, and Canadians to the north, the Germans had to get out if they didn’t want to be encircled and obliterated. The Allies, naturally, wanted to prevent that escape, and the Canadian 1st Army was assigned for this duty.

The Allied unit who bore the brunt of taking Hill 262, which overlooked the pass the Germans had to take if they wanted to leave, were the Polish battlegroups under the Canadian 1st Army. August 19th saw their phenomenal success in heading up and capturing demoralized Germans on the hill, before using the position to bombard 2-mile-long column of German tanks, vehicles, and equipment in the pass.

However, the Poles lacked the equipment and ammo necessary to completely prevent the Germans’ retreat…and some of the retreated Germans managed to, in turn, encircle the Poles. The Poles now lacked the means to fight themselves free and had no choice but to wait for the rest of the Canadian 1st Army to back them up. By the evening of the 20th, with nary 50 bullets per gun remaining, the situation was dire and there appeared little chance they would survive the night.

Thankfully, even the Germans were exhausted, and did not make a final push overnight. The morning of the 21st saw airdropped ammunition for the Poles on the hilltop, which allowed them continue fighting. But the Germans also resumed the engagement, with some SS elements even succeeding in penetrating the Polish defences, taking captives.

But by 1400, after five hours of continuous fighting, the Canadians managed to push through and relieve the Poles. By that evening, Canadian tanks had arrived, solidifying control of Hill 262 and completing the encirclement of the German 7th Army.

As a result, the 7th Army’s 12th SS Panzer Division, much-feared prior to the battle, had lost nearly all of its tanks: from 500 to 10. With this German defeat, the Battle of Normandy reached its conclusion, and Operation Overlord was nearly at an end: the only objective remaining was the liberation of Paris. 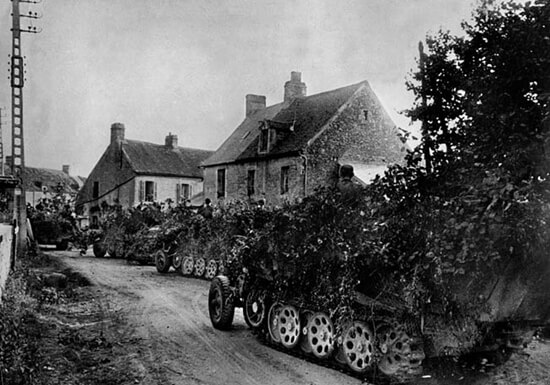 To learn more about the Falaise Gap, check out Canada History.