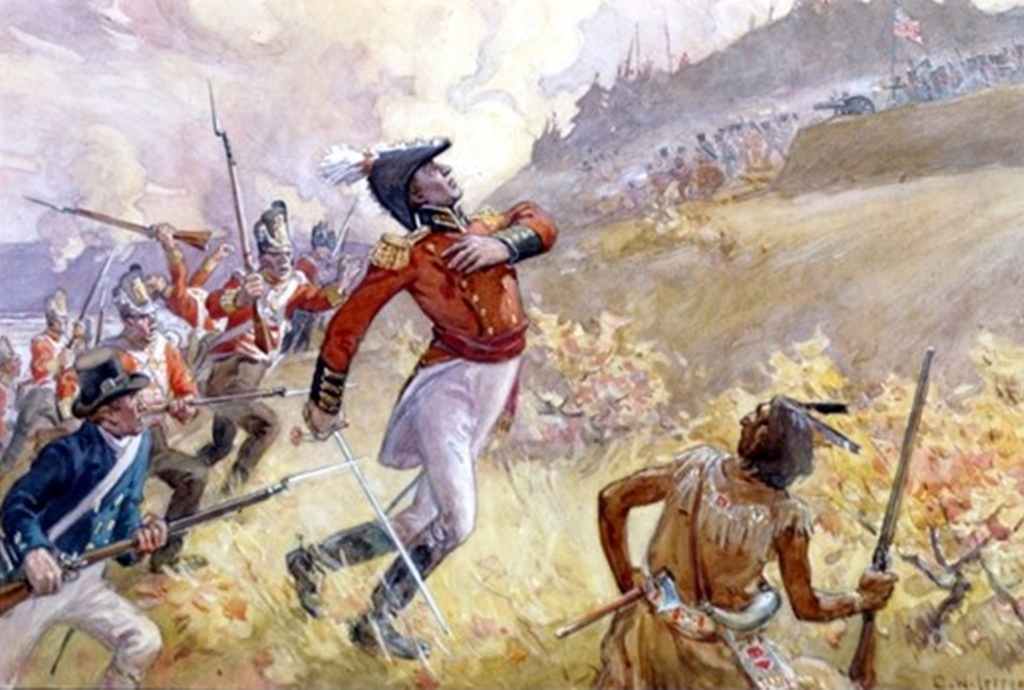 Major-General Sir Isaac Brock was considered one of Canada’s earliest heroes. He is remembered for his inspiring leadership and fearless actions before and during the War of 1812. Brock was born on the island of Guernsey in the English Channel in 1763. An active and intelligent kid, Brock excelled in swimming and boxing, and developed the athleticism that would allow him to successfully serve in the military in the years following.

Following in the steps of his three older brothers, Brock purchased a commission which allowed him to join the military when he was just 15 years old. Brock rose quickly through the ranks, either by purchasing further commissions or receiving promotions (Click to learn more about ‘purchasing commissions’, BBC’s description). By the time he was 28, Brock had become the Lieutenant Colonel of the 49th regiment of the British Army. However, he was far from finished. In 1802, he traversed the Atlantic Ocean to continue his military service in Quebec where he remained for nearly 8 years. Afterwards, Brock was transferred to Upper Canada where he became Commander in Chief of His Majesty’s Forces. This was a prestigious role for Brock, earning the title of Major-General. His charisma and experience in leadership also allowed him to become administrator of the entire province.

Upon the outbreak of the War of 1812, Brock leapt into action. He recruited both Indigenous and British troops to defend Upper Canada from the danger of an American invasion. The Americans had secured Fort Detroit which represented a major threat to Upper Canada, but Brock refused to back down. Courageously leading his soldiers on August 3, 1812, Brock successfully took back Fort Detroit from the American troops. He was later knighted for his leadership during the battle. 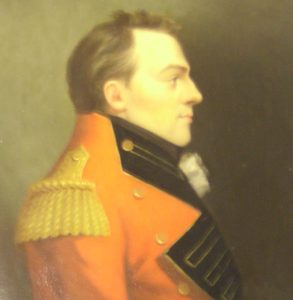 Shortly after Brock’s major successes, the Americans planned a night attack to surprise and overpower the defenders. The military units, Brock included, were caught unprepared by the attack. The battle eventually proved fatal to Brock. While riding out at Queenston Heights to meet the Americans, who had already captured the area, he was fatally shot by a concealed soldier. Brock’s army went on to fight without him and eventually won against the American troops, but Brock did not live to see that October 13th victory.

Three days later, Brock was buried to a 21-gun salute at Fort George. Thousands of military men and civilians were in attendance. In Queenston, a monument was built to commemorate the valiant life and death of Sir Isaac Brock. It was dedicated in 1860 by the Prince of Wales.