October 13, 1812: The Battle of Queenston Heights. The first major battle of the War of 1812, this saw the British, Canadian, and Mohawk forces decisively defeat an American attempt at establishing a hold on the Canadian side of the Niagara River.

Despite outnumbering the enemy 3 to 1, the Americans failed to bring sufficient force upon the troops under General Isaac Brock’s command. This was due in part to the successful use of artillery by the British/Canadians, which scattered, delayed, and sank the Americans’ boats as they attempted to cross the river. Still, enough American forces managed to reach Canadian shores, pushing Brock’s troops back until reinforcements came, led by Gen. Sheaffe. For Brock, though, this came too late – an unknown American had already shot him in the chest at close range, killing him nearly instantly. 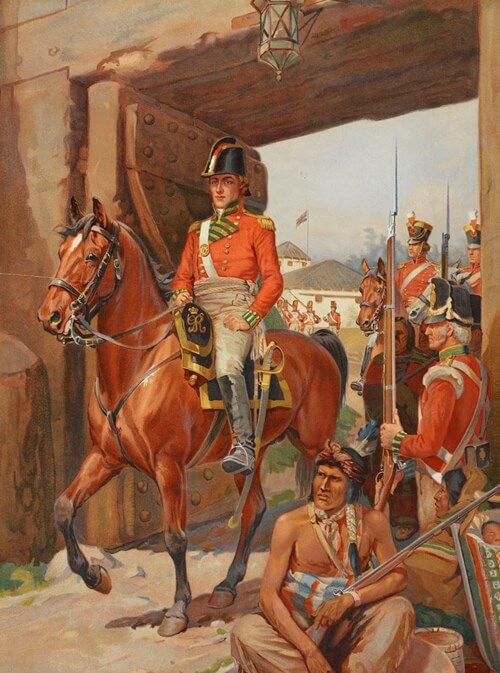 By late afternoon, Sheaffe’s forces successfully pushed the Americans back towards the river. Many of the latter were new recruits and had little experience; the Mohawks’ war-cries instilled further fear into them. As the British forces gradually advanced with volley after volley, the American troops had little choice but to surrender.

The legacy of Queenston Heights will live on in the RCN’s Joint Support Ships, which will be named the Queenston class. 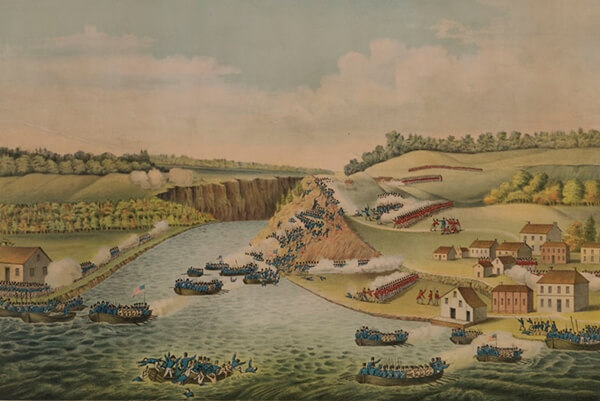 To learn more about the battle visit the Canadian Encyclopedia website.