Referred to as the best sniper in the British Army by those who served beside him, Lance Corporal John Shiwak (1889-1917) bravely served and lost his life during the First World War. As a proud Inuk member of the Royal Newfoundland Regiment his story would have been all but lost, if not for the works of William Lacey Amy and the testimony from his trusted companions. 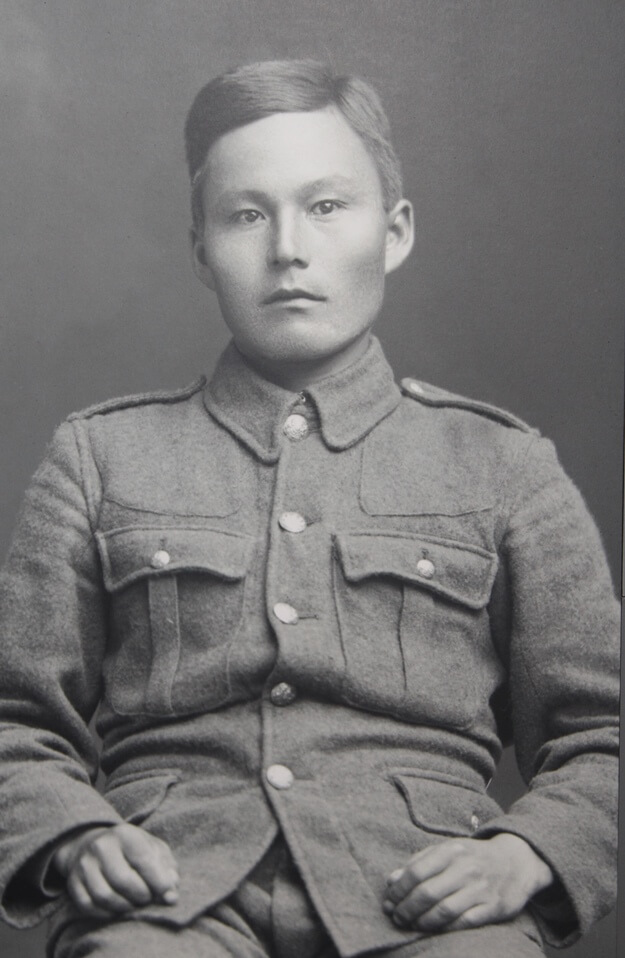 Although L/Cpl Shiwak was considered to be a relatively shy person, many thought of him as a good friend. As time progressed, Shiwak became highly regarded for his proficiencies as a sniper and scout. His attributes and skills allowed him continued success in the field, both from his original combat introduction during the early days of the Somme, right up until his appearance at the battle of Cambrai.

While many of the remaining memories of L/Cpl Shiwak are clouded by time and conflict, this trapper, artist, writer, and poet, often found himself questioning the continued violence of war. Unfortunately, the remains of Lance Corporal John Shiwak have not yet been recovered. His memory is honoured at the Beaumont Hamel war monument.

Our other Shiwak article can be found HERE.