Just after dusk on the evening of November 20, 1917 a company of the Royal Newfoundland Regiment was moving into position in Masnieres when an enemy shell struck their column. Fifteen soldiers were injured in the attack and seven lost their lives. One of those killed was twenty-eight-year-old John Shiwak. A native of Rigolet—a remote, Inuit community in Labrador—Shiwak had eagerly traveled to St. John’s to enlist in the Royal Newfoundland Regiment as soon as news of the war reached his isolated community.

A trapper by trade, Shiwak quickly earned a reputation as a skilled marksman and became an expert sniper. However, while he credited his talent to the years he spent hunting seals back home, nothing could disguise the fact that the war was not what he had been expecting. While Shiwak had been eager to enlist as a soldier, once overseas he quickly became disillusioned with the war and longed to return home to his family and his hunting companions. He spent most of his time on the front lines wondering when he would be able to return to the tundra.

After his death he was posthumously awarded the British War Medal and buried in Masnieres. However, his grave was lost when the Germans recaptured the city later that month. His name was later inscribed on the Beaumont Hamel (Newfoundland) Memorial alongside those of his missing countrymen. News of his death didn’t reach his family in Rigolet until the following spring. 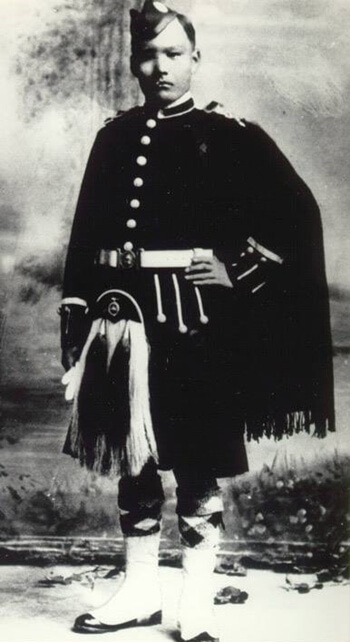 To learn more about John Shiwak, check out the Dictionary of Canadian Biography. Our other Shiwak article is HERE.