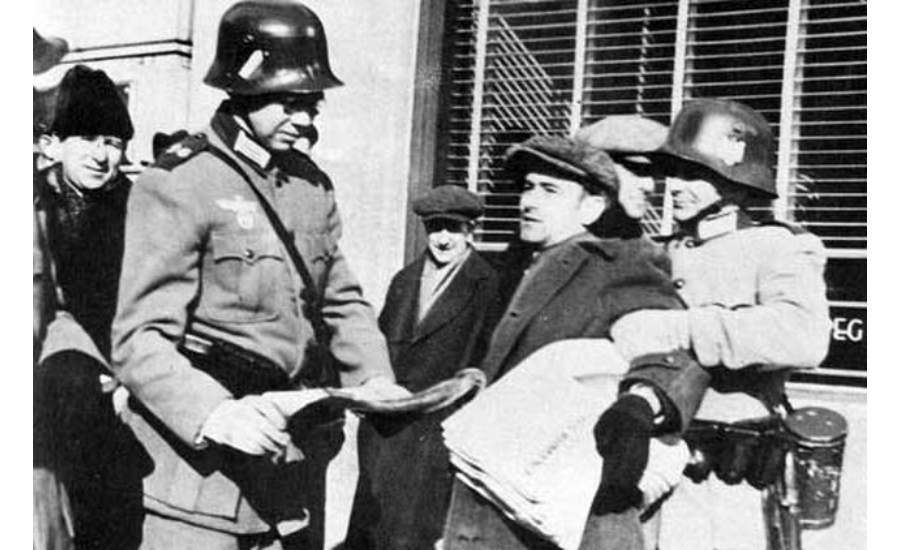 At 0700 hours the siren cried into the early morning sky of February 19, 1942, and before long the city of Winnipeg, Manitoba, was plunged into a blackout. The supposed enemy was inching closer and despite the 3,500 Canadian soldiers and reservists making up the defensive army, it crumbled to the Nazi invaders. Winnipeg surrendered at 0930 hours.

But there was nothing real about this invasion – it was all an elaborate ploy to bolster interest and donations to the Victory Bond campaign. “If” Day was meant show Canadians what would happen if Nazis were not sufficiently kept at bay.

For the duration of the day, Winnipeg turned into Himmlerstadt (after high-ranking Nazi officer and head of the SS Henrich Himmler), Portage Avenue became Adolfhitlerstrasse, and Canadian dollars were replaced by Reichmarks.

Mock events aimed to instill a sense of fear and show the extent to which rights and freedoms would be curtailed by an oppressive Nazi regime. Priests and politicians were arrested, churches and other places of worship were forcibly closed, books were incinerated on the front steps of Carnegie Library, brusque identification inspections were conducted on street cars, homes were vandalized, all while Nazi-approved music and speeches reverberated on the radio.

The header of the Winnipeg Tribune on the “If” Day special edition. (Credit: Wikimedia Commons)

To create the ultimate illusion, volunteers with the Young Men’s Section of the Winnipeg Board of Trade paraded in Nazi uniforms specially rented from Hollywood. Their behavior towards locals was intentionally brash and rough – though unlike their veritable counterparts, the Winnipeg “Nazis” did not exert any physical violence.

The deception was very convincing for many. “A lot of people were very uneasy and quite intimidated about this thing. Maybe it made them think that it could happen here. They didn’t know how far these Nazis would go,” recalled George Hoffman who played a fake Nazi. 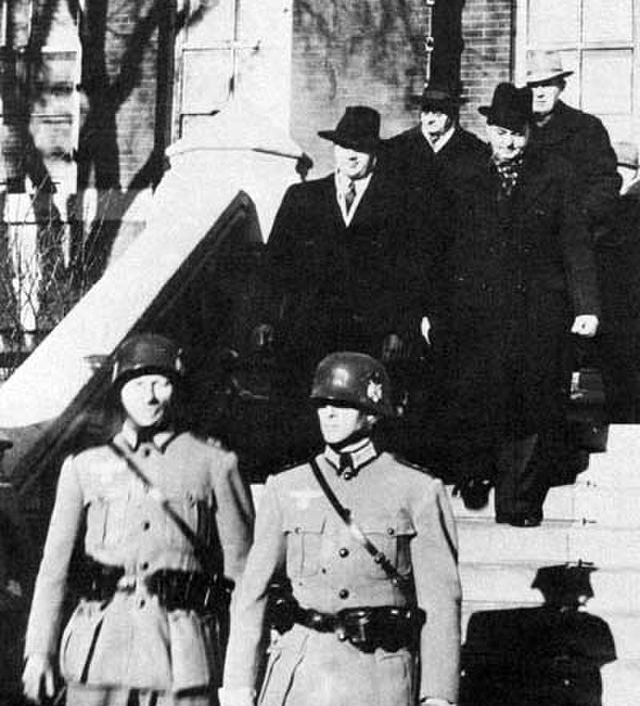 Although the true Nazis had no immediate interest in conquering Canada, “If” Day did give Manitobans a small taste of what life under Nazi occupation would be like in a bid to drive support for the second Victory Bond campaign and propel donations into high gear. Through this first-hand experience, Winnipeggers appreciated how crucial it was to fight in Europe so Canada would not be vulnerable to a real invasion. The original goal of $45 million was surpassed for a total of $47 million (or approximately $658 million in 2017 dollars) – if the “Nazi” invasion was not successful because it was all staged, the Victory Bond campaign definitely was successful.

Main photo: A fake Nazi questioning a member of the press on “If” Day. (Credit: Wikimedia Commons)

Hopper, Tristin. “Rare photos from “If Day’ – the time Winnipeg staged a full-scale Nazi invasion of itself.” Calgary Herald, February 21, 2019.