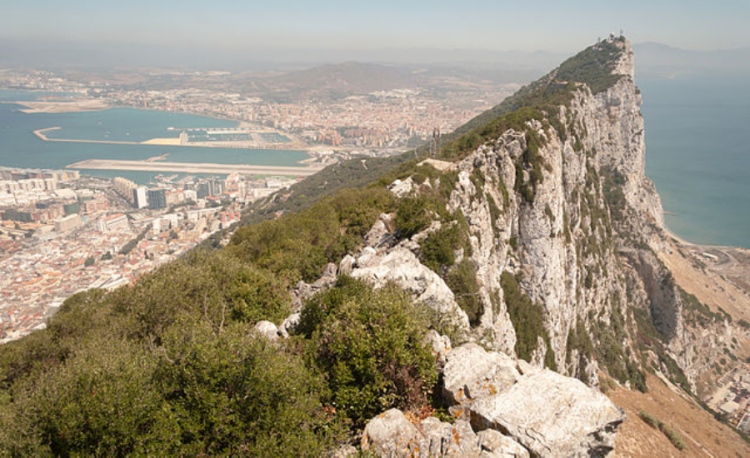 Situated on the southern tip of the Iberian Peninsula (present-day Spain), the British territory of Gibraltar was a valuable air and naval base for the Allies throughout the Second World War. By regulating access to the Mediterranean Sea and providing Allies with a footing in the Mediterranean basin, it was a strategic point. Encircled by Axis powers or Axis sympathetic powers- namely Italy, Morocco (presided by Vichy France) and Francoist Spain- Gibraltar was susceptible to invasion and aerial bombing, hence the need to enhance its tunneling system.

The process of digging tunnel within the Rock of Gibraltar was initiated by British forces during the 18th century, but the quantity of passages remained limited until WW2 when the maze of tunnels grew to an astounding 55 kilometers.

Two British units were deployed initially, but before long, the need for more qualified reinforcements was perceptible because British miners were unaccustomed to the hard limestone. The No.1 Canadian Tunneling Company was recruited for the task and part of the unit was shipped to Gibraltar in the closing months of 1940. Superiors were satisfied with the work of Canadians (predominantly experienced hard rock miners from Ontario and Quebec) and this resulted in the No.2 Canadian Tunneling Company being created especially for tunneling efforts in Gibraltar. 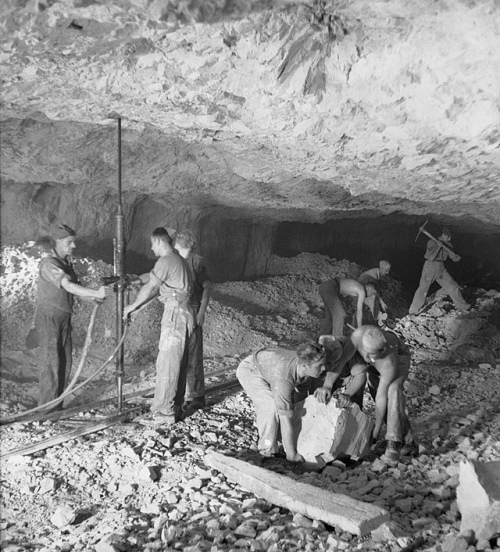 British tunnellers of the Royal Engineers carving out tunnels in the Rock of Gibraltar, much like the No.1 and No.2 Canadian Tunnelling Companies. (Credit: Wikimedia)

Over the following years, the Rock came to house a tunnel network of unbelievable proportions. It contained a 200-bed hospital, a vehicle maintenance shop, a water distillation plant, storage spaces for ammunition and oil, and even had its own telephone line.

However, those stationed at Gibraltar contended with arduous working and living conditions. Morale was continuously sapped by the sweltering summer heat and the dearth of distractions Gibraltar had to offer for soldiers on leave. Furthermore, they experienced equipment shortages as new machines or replacement parts were difficult to obtain. 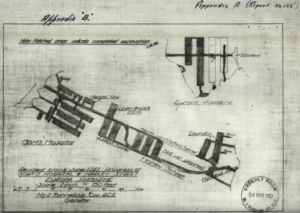 A map depicting the hospital, Harley Street and Europa Magazine, all of which were created by Canadians. (Credit: The Government of Canada)

During the fall, Canadians turned to excavating their most consequential additions, Harley Street, and its adjoining chambers, as well as Europa Magazine. They worked tirelessly and removed over 4,832 tons of rocks from the two areas in one week, shattering previous weekly records. That is equivalent to 800 tons a day, or 4 tons per man per shift, which surpasses the figures of many large Canadian mining companies (a small car weighs approximately 1 ton). At 167 feet long by 40 feet wide, the Laundry Chamber of Harley Street is considered “the largest single operation carried out by the Royal Canadian Engineers at Gibraltar.”

The quarried rock was then utilized to lengthen airport runways in preparation for the invasion of North Africa. This enabled large aircraft to land at Gibraltar and was critical for the operation’s success. 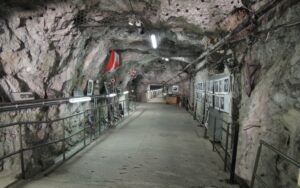 A portion of the tunnels are now open to the public and can be visited. (Credit: Visit Gibraltar)

As their time at Gibraltar ended in May 1942, Canadians invested a combined 46,000 hours to clear 140,000 tons of rock. In recognition of their contribution, all 324 tunnellers were honoured with the Gibraltar Key.

Consult Visit Gibraltar to experience a virtual tour of the tunnels.

Main Photo: The Rock of Gibraltar culminates at 1,398 feet. The Iberian Peninsula and the airport runways can be seen in the background. (Credit: Wikimedia)