August 15, 1943: The First Special Service Force (FSSF), a unique US-Canadian unit including Sgt. Tommy Prince, lands on Kiska, Alaska. It was their first operational mission and it was also unexpectedly uneventful, much to the disappointment of Prince and others – the Japanese had already evacuated the island before the Force arrived! While the Americans received due recognition from their government for this operation, the Canadians did not – there was a feeling of abandonment on their part, with little contact between Canadian members of the FSSF and the Department of National Defence in Ottawa. But despite bureaucratic and organizational confusion, the FSSF soon proved to be one of the most effective military units in the Allied arsenal.

The First Special Service Force (FSSF) was trained to carry out commando-style scouting and combat missions in all conditions: deserts, mountains. Arctic, amphibious, and airborne. Their tactical proficiency was augmented by the fact that they had their own Service Battalion, which provided them an independent logistical backbone that allowed the FSSF to deploy and sustain itself.

A sergeant and two privates from FSSF (Credit: Reuters).

Throughout the rest of the war, the FSSF would have ample opportunities to prove their mettle in combat, earning for themselves the nickname “Devil’s Brigade”. In February of 1944, Prince earned his first decoration when he carried out a daring solo mission in the Italian campaign near Anzio…but that story is covered in our article: “Sgt Tommy Prince”.

Looking back, it is obvious that the FSSF was instrumental in many WW2 Allied successes, including many that prevented Axis forces from holding or gaining ground. 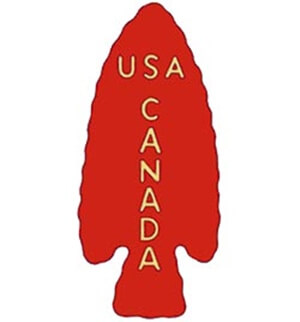 To learn more about First Special Service Force, check out the FSSF website.