On June 5, 1944, shortly before midnight, nineteen-year-old Raymond Anderson landed in France. A member of the 1st Canadian Parachute Battalion, Anderson had been sent in early to establish the Drop Zone in preparation for his battalion’s role in the D-Day landings. Chosen for the job because it was thought that his aboriginal background would come in handy—he was Métis—Anderson’s task was essential for the success of the mission: to secure the eastern flank of the Normandy Coast where the D-Day invasion would take place. It was the 1st Canadian Parachute Battalion’s first combat mission.

Despite Anderson’s efforts the parachute drop did not go according to plan. As the thirty-six C-47 Dakota aircrafts approached the designated Drop Zone with the Parachute Battalion during the very early hours of June 6th they encountered German anti-aircraft artillery and were forced to veer off course. Their detours, in combination with poor visibility, resulted in a situation in which the paratroopers who successfully made the drop found themselves scattered across an area much larger than expected, some of them kilometers away from Raymond Anderson and the Drop Zone. Eighty-two paratroopers were captured by German forces before making it to the Drop Zone while some of those who landed in flooded marshland were drowned by the weight of their equipment.

Due to these difficulties only a third of the Battalion reach their rendezvous points. Once there, the paratroopers realized that most of their equipment, including their heavy weaponry and explosives, had been lost during the desperate drop. Nonetheless, the paratroopers managed to capture all their objectives and successfully prevented German reinforcements from reaching the beaches and thereby contributing to the Allies’ dramatic victory. 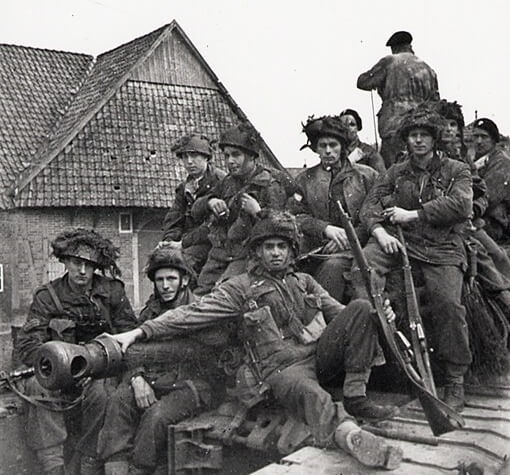 “Andy” survived the Second World War, went on the serve in Korea, lived a long and fruitful life as an employee of the Province of Manitoba, and passed in 2016. Read his In Memoriam HERE. 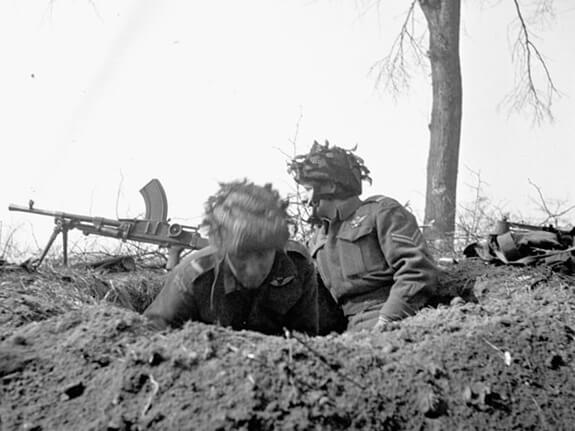 For another Valour Canada article on our Parachute Battalion on D-Day, see 1 Cdn Parachute Bn’s McLeod.