When the Spanish Civil War broke out in the summer of 1936 thousands of individuals from around the globe flocked to the country to battle fascism. By the time the Canadian government passed the Foreign Enlistment Act in April 1937 over five hundred Canadians had already volunteered to fight in Spain. While the Foreign Enlistment Act made it illegal for Canadians to join a foreign military, many young Canadians ignored the law and went to Spain anyway. Perhaps the most famous Canadian to serve in Spain was Montreal surgeon, Dr. Norman Bethune.

A veteran of the First World War, Bethune was a steadfast communist and focused his attention on helping Canada’s poor during the Great Depression. When the Spanish Civil War broke out he immediately volunteered his services as a surgeon and travelled to Madrid where he organized a mobile blood transfusion unit that distributed blood to wounded Spanish civilians and Republican soldiers. After he crossed the Spanish authorities he was forced to resign his position. Bethune then returned to Canada where he promoted the Spanish cause before travelling to China where he joined Mao Tse-Tung’s communist guerillas.

In total, almost 1,700 Canadians, many of them new immigrants who had recently fled fascism in Europe (including three women), travelled to Spain to serve in the International Brigade; over 400 of them died. The surviving individuals would later see Spain’s Civil War as the first battle of the Second World War.

Many of the returnees were treated as political “undesirables” and prevented from fighting in the Second World War. The RCMP kept records on the activities of Spanish Civil War veterans until their deaths. 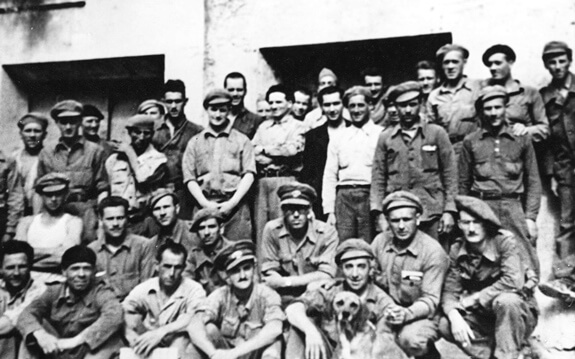