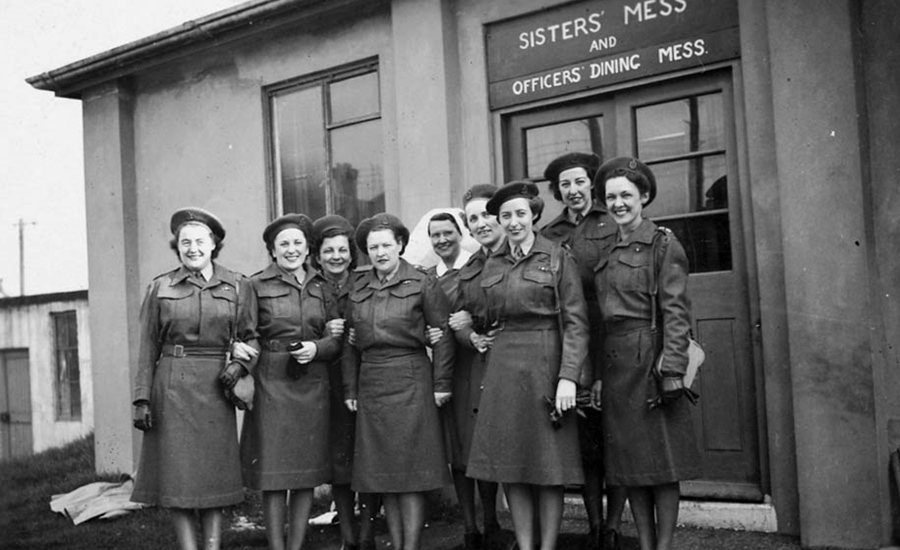 Affectionately referred to as “Bluebirds” for their blue and white uniforms, the Nursing Sisters of Canada have a long and impactful history with Canada’s military forces. Over the centuries, thousands have served at home and abroad, redefining the landscape of military service. Today, Nursing Sisters fill the role of Nursing Officers who continue to provide patient care to members of the Canadian Armed Forces.

Their origins can be found in the 1885 North-West Resistance. Nursing Sisters provided care to Canadian troops embattling Indigenous resisters in current day Saskatchewan and Alberta. After that, the nurses volunteered to serve in South Africa around the turn of the century alongside Canadian and British troops during the Second Boer War. 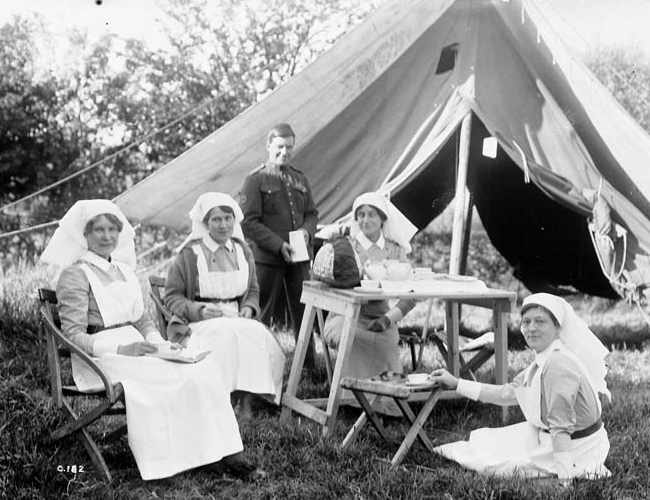 However, it was their actions during the Great War that really bolstered the Nursing Sisters’ distinguished reputation as both courageous and compassionate individuals, working tirelessly to support troops in Canada, France, England, and the Mediterranean. By the end of that war, 3,141 had served in the Royal Canadian Army Medical Corps (RCAMC), 2,504 of which were overseas.

World War I (WWI) was revolutionized by the creation of casualty clearing stations and hospital ships. The first is a military medical facility operating just behind the front lines to provide immediate treatment or evacuation to the injured and wounded. Nursing Sisters working at Clearing Stations experienced much of the same conditions within which soldiers found themselves while in battle. Regardless of their dangerous role, Nursing Sisters proved courageous and up to task. On the other hand, many nurses worked aboard the hospital ships, providing care to evacuated soldiers. While hospital ships were protected under the Hague Convention of 1907, this did not prevent the bombing and 1918 sinking of Canadian hospital ship Llandovery Castle by a German U-boat. Fourteen Nursing Sisters lost their life and 234 people died in total. Around 45 Nursing Sisters died while serving during WWI. 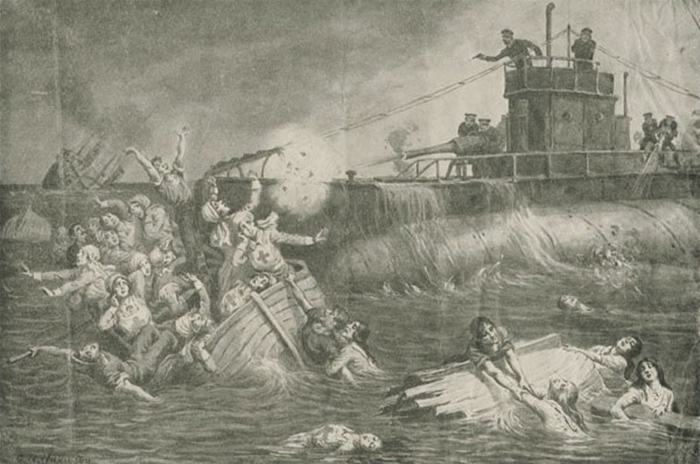 A period depiction of the sinking of the Canadian hospital ship Llandovery Castle on June 27, 1918 by U-86 (Credit: Legion Magazine).

World War II (WWII) saw 4,480 Nursing Sisters serve in all three branches of the Armed Forces. As allied forces swept through Italy and, later, France to Germany, Nursing Sisters followed close behind to provide crucial medical support. The first of the Nursing Sisters and the No. 2 Royal Canadian Air Force Mobile Field Hospital landed in Normandy just 13 days after D-Day.

Since WWII, RCAMC Nursing Sisters have assisted in United Nations Operations as well as NATO commitments. Through these initiatives, Nursing Sisters were able to serve in Japan, Korea, Germany, and France. Now known as Nursing Officers, brave men and women travel to places such as Rwanda, Somalia, Afghanistan, and elsewhere, serving heroically with the Armed Forces. 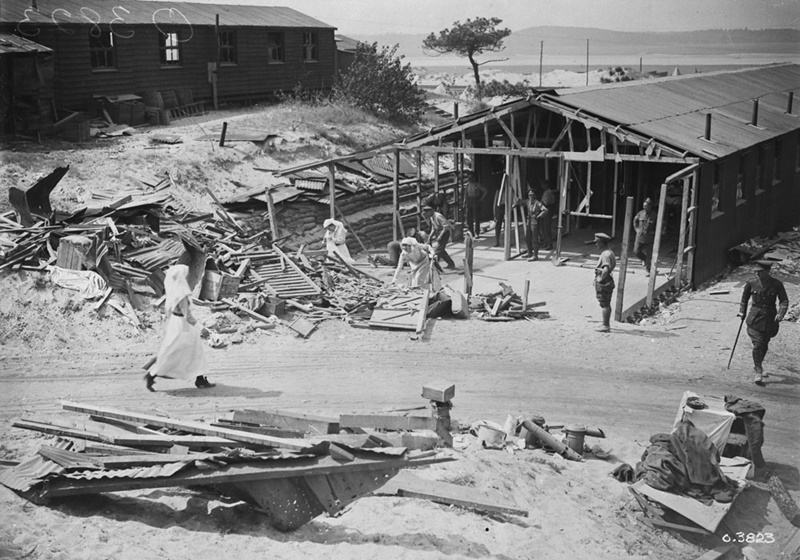 Canadian Nursing Sisters working amongst ruins of the 1st Canadian General Hospital, which was bombed by the enemy in WW1, three nurses being killed (Credit: LAC M# 3404025).

To read more about Llandovery Castle and one of its head nurses, check out this Valour Canada article.

For further exploration of the history of the Nursing Sisters of Canada, visit Veterans Affairs Canada’s webpage.

Main Photo: Nursing sisters in their battle dress standing outside of the Sisters’ Mess and Officers’ Dining Mess at the No. 13 Canadian General Hospital (Credit: LAC M# 3604053).