WW2 technology became outdated quickly and the Soviet Union took full advantage of new developments and technologies. Submarines became nuclear powered and carried longer-range torpedoes as well as anti-ship missiles. As NATO’s primary purpose was to maintain the security and defense of its allies, ASW played a huge role in ensuring that outcome. The Royal Canadian Navy (RCN) took on that responsibility, patrolling and monitoring the North Atlantic Ocean for Soviet Union activity, especially submarines.

In the mid 1950s the RCN acquired new St. Laurent-class destroyers that were designed by naval architects based in Montreal. These newly outfitted ships sported new and upgraded designs that provided considerable ASW capabilities; they were built to withstand icy water and cold environmental conditions as well as nuclear, biological, and chemical attacks from enemies. The American Mark 32 homing torpedo was modified by Canadian Westinghouse so that it could be carried by the St. Laurent-class destroyers. HMCS Swansea, a high-performing WWII anti-submarine vessel (River-class), also received modifications to upgrade and outfit it with Cold War technologies that included better anti-submarine mortars.

It wasn’t until 1961 that Canada obtained its first Cold War submarine. The HMCS Grisle was a fleet submarine leased by the United States Navy (USN). In 1969, Grisle was retired and was replaced by the HMCS Rainbow, a Tench-class submarine purchased from the USN. Also in the 1960s, the RCN purchased three British Oberon-class submarines. These submarines were used for targeting practice as well as for surveillance. At the time, Oberons were considered some of the world’s quietest submarines, and, in the 1980s, they received significant upgrades that helped them remain useful until the end of the Cold War.

For the skies Canada invested in various aircraft with ASW capabilities. The Sikorsky H04S was the first helicopter used to test the “Bear trap,” a Canadian innovation that allowed helicopters to safely land on small water vessels during challenging weather. In addition, De Havilland Canada, an aircraft designer, and manufacturer, built Canadian versions of the U.S. S-2 Tracker. The Trackers (CS2F) featured multiple sensors to detect submarines, giant searchlights to light up the surface below, and foldable wings so that they could fit more easily on aircraft carriers. Many Trackers were later converted into water bombers for forest fires. 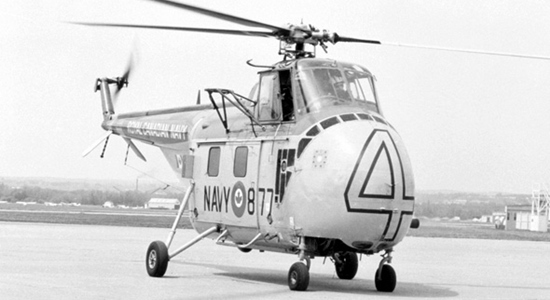 There were definitely some very tense ASW moments. For example, as the Cuban Missile Crisis developed Canadian ships and aircrafts ramped up surveillance patrols to detect potential Soviet submarines in the North Atlantic Ocean. Canada formally raised its readiness alert level alongside the U.S. on Oct. 24, 1962. Despite the political confrontation ending on the 28th, the RCN and US Navy could not confirm that all Soviet submarines in the Atlantic were returning to Murmansk until the middle of November.