Valour Road, a three-kilometre-street in the West End district of Winnipeg, Manitoba, was formerly known by another name: Pine Street. In 1925, it was renamed to memorialize the extraordinary First World War heroics of three men who had lived at different locations along the route. All three earned a Victoria Cross for their courageous actions.

One of these three young men, Sergeant Frederick Hall, gave his life in the Second Battle of Ypres to save a wounded comrade. In 1914, Hall joined the 106th Regiment, Winnipeg Light Infantry, and then transferred to the 8th Battalion of the Canadian Expeditionary Force which was affiliated with the 90th Winnipeg Rifles. Hall trained at Valcartier Camp in Quebec before heading out to England. In 1915, he was promoted to Company Sergeant-Major and was sent to Flanders. Hall’s battalion took part in the Second Battle of Ypres in late April 1915 where the first large-scale use of poison gas was used.

On the night of 24 April 1915, Hall overheard his fellow soldier, Private Arthur Clarkson, crying out for help as he lay dying fifteen metres from the trench. Though venturing into no-man’s land under heavy enemy gunfire was often deadly, Hall didn’t hesitate to act quickly. That same day he had already ran out twice to save two different injured men from certain death and he had been successful both times.

On his first effort to rescue Clarkson, Hall went with two other men. The attempt failed when both suffered injuries and returned to the trench. Hall, however, refused to give up. He tried again, alone this time, and reached Clarkson, but as he lifted the Private from the ground, Hall was shot in the head. Both men died. Hall was posthumously awarded the Victoria Cross for his selfless and fearless acts. His mother later accepted the award on his behalf. 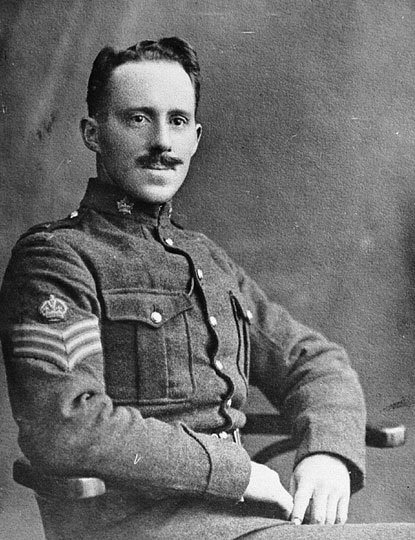 Corporal Leo Clarke, a star athlete working as a surveyor, was the second of the three heroes of Pine St. In 1914, Clarke enlisted in Winnipeg’s 27th Battalion, Canadian Expeditionary Force, and in mid-1915 was sent to France. When he had the opportunity, Clarke transferred to the 2nd Battalion, Canadian Expeditionary Force, to join his brother, Charlie, as a bomber (Mills bombs, i.e., grenades). Clarke was recognized for his well-developed skills and promoted to junior officer.

In September of 1916, the 2nd Battalion joined the Battle of the Somme in France. Under heavy gunfire from the enemy, they were ordered to capture and secure enemy trenches in order to prepare the way for their comrades-in-arms to advance. Clarke’s flank suffered the worst of the fighting and most soldiers in his unit were killed or lay wounded, unable to help. Only Clarke was left.

Armed only with a pistol—Clarke had spent all his grenades—he continued to secure the trench. Two enemy officers leading a party of 20 men attacked, but Clarke fought back valiantly. Despite suffering a bayonet wound to the knee, Clarke fired his pistol and managed to kill all of them, save for one which he brought back as a prisoner.

After emerging successful from overwhelmingly dire odds, Clarke was promoted to Sergeant and was later awarded the Victoria Cross for his “most conspicuous bravery.” Mere weeks later, Clarke would be heavily wounded by enemy artillery shells, and on 19 October 1916, he succumbed to his injuries. 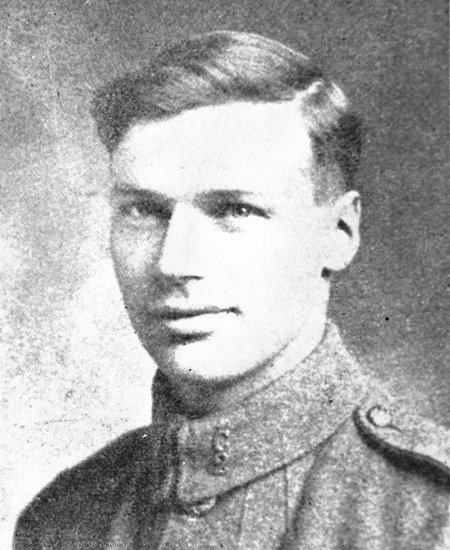 The third, Robert Shankland, was a Scottish immigrant who moved to Pine Street in 1911. Shankland was one of many young Canadian men who rushed to sign up when the war started. He joined the 43rd Battalion, Canadian Expeditionary Force (Cameron Highlanders of Canada), and in June 1915 was sent to Britain along with the rest of the Battalion.

Once in England, Shankland was promoted to Company Sergeant-Major. He demonstrated immense courage at Sanctuary Wood in Belgium, where he led stretcher-bearers to rescue wounded men on the battlefield. For this he was awarded the Distinguished Conduct Medal and again promoted, this time to Lieutenant.

In 1917, Shankland would find himself on the front lines during the bloody Battle of Passchendaele. The 43rd Battalion was ordered to capture enemy trenches along Bellevue Spur even as German gunfire caused an unspeakable number of fatalities among the soldiers who went before them. Shankland once again took the lead, encouraging his platoon to stand strong against enemy fire even as many of them were injured or killed. After securing a defendable position, Shankland rallied in reinforcements and then continued the advance. Shankland’s attack proved successful; he had caused the German Empire soldiers to retreat. Shankland received the Victoria Cross for his leadership during this engagement with the enemy.

Of the three men from Winnipeg’s Pine Street, Shankland was the only one to survive the war. In 1925, he attended the ceremony for the renaming of Pine Street to Valour Road. Shankland went on to serve overseas in the Second World War. He died in 1968 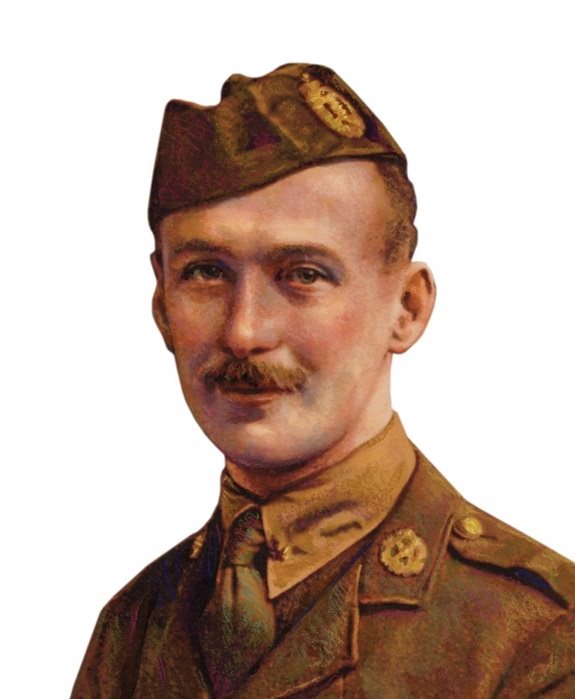 To learn more about Valour Road and the men who hailed from that Winnipeg route, watch Heritage Minutes’ Valour Road (Historica Canada).