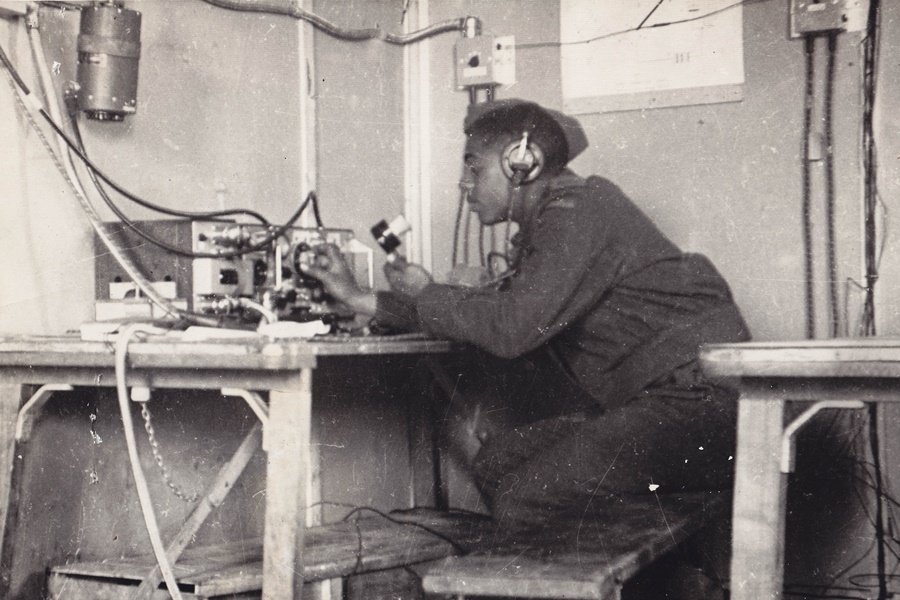 Welsford Daniels was one of the thousands of Black Canadians who honourably served in the military during the Second World War. Little did he know that his career would take him to the beaches of Normandy, France, during one of the most bloody and devastating campaigns executed by the Allies during the war.

Daniels was born in Nova Scotia in 1920 but was raised in Montreal. His father worked for the Canadian National Railway. When the Second World War erupted in 1939, Daniels joined the Reserve Army. Later, he joined the Royal Canadian Corps of Signals (RCCS) and was sent to Europe to aid in the war effort. The RCCS’ main role was to provide, maintain, and repair communication tools and resources that are required by the military to do their jobs. The various communication lines that the military used during the Second World War included radio, teletype, telephony, and messenger services. As a result, the RCCS was often on or just behind the front lines of war and often worked in dangerous and potentially deadly situations.

Daniels was employed as an instrument mechanic and he was no stranger to the horrors of war. His service eventually took him to France during the Normandy Campaign. Under the cover of night, he arrived on Juno Beach with his motorcycle where he recalled being caught up in the bombings and being forced to hide behind a truck for his safety. After moving inland from the coast he often rode by motorcycle from communication headquarters to the front lines. To avoid detection from the enemy he often had to travel and work at night. Sometimes when visibility was low, Daniels would hear noises coming from bushes that he motorcycled past. Although he suspected they were wounded soldiers, Daniels was unable to deviate from his important missions to investigate any of the noises he heard. Daniels survived the initial horrors of the Normandy Campaign and, along with many other Canadian soldiers, went on to participate in the liberation of the Netherlands from Nazi occupation. He was honourably discharged from the military in 1946. 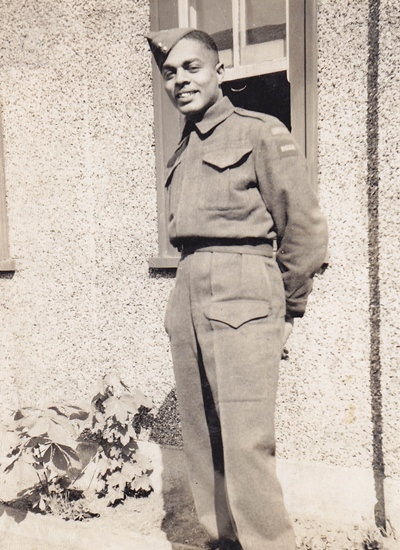 Unlike the First World War, segregated battalions did not exist in the Second World War. Black and White Canadians served beside each other in Canada and across Europe. This, however, did not prevent them from facing continued discrimination and prejudice by their white peers and superiors. Although Daniels recounted times where he was singled out for being black, he maintained that the army was a “good life” and he was proud that he was able to make significant contributions as a Canadian citizen.

To listen to Daniels talk about his experiences in the war, visit Veteran Affairs Canada or The Memory Project.

Main Picture: Welsford Daniels checking the transmissions from a radio in England (Credit: The Memory Project).