On January 27, 1973, the first Canadian troops serving on the International Commission for Control and Supervision (ICCS) set foot in Vietnam. It would be a frustrating experience for the 290 Canadians stationed in the region. They quickly discovered that they had no way to enforce the ceasefire they had been tasked with supervising. One officer later recalled that his six months in Vietnam included “eight weeks in a traffic jam, six weeks trying to complete one phone call, eight weeks of sleep and two weeks of work he would normally wrap up in four days at home.”

The ICCS, a four-country peacekeeping commission, had been set up to monitor the United States’ withdrawal from Vietnam and to ensure that North and South Vietnam honoured the terms of the ceasefire. They were also responsible for monitoring prisoner exchanges, ensuring that no new military equipment entered the country, and supervising South Vietnam’s first democratic election. During the course of the mission one Canadian was killed when his helicopter was shot down and another two soldiers were kidnapped by the Viet Cong. 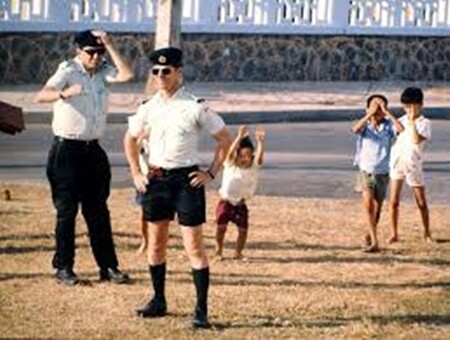 Canada had been reluctant to serve on the ICCS since the commission lacked United Nations support and the soldiers quickly became disillusioned with their mission in Vietnam. They lacked the authority to enforce the ceasefire and helplessly watched as additional military equipment was smuggled into the country. During the six months Canadian troops served in Vietnam over 18,000 ceasefire violations took place and thousands of Vietnamese citizens were killed.

Note: Canada’s first involvement in Vietnam began in 1954 under the ICSC (International Commission for Supervision and Control) during a ceasefire instituted while the French withdrew. To read more on the subtle differences between Canada’s role in the ICSC and the ICCS, please visit: “ICCS and Canadians in Vietnam”. 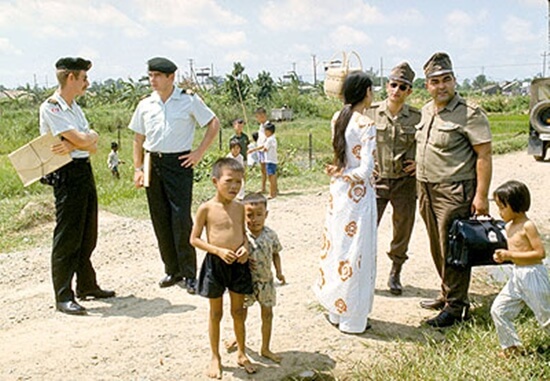 To learn more about Canada’s role in Vietnam, check out CBC.