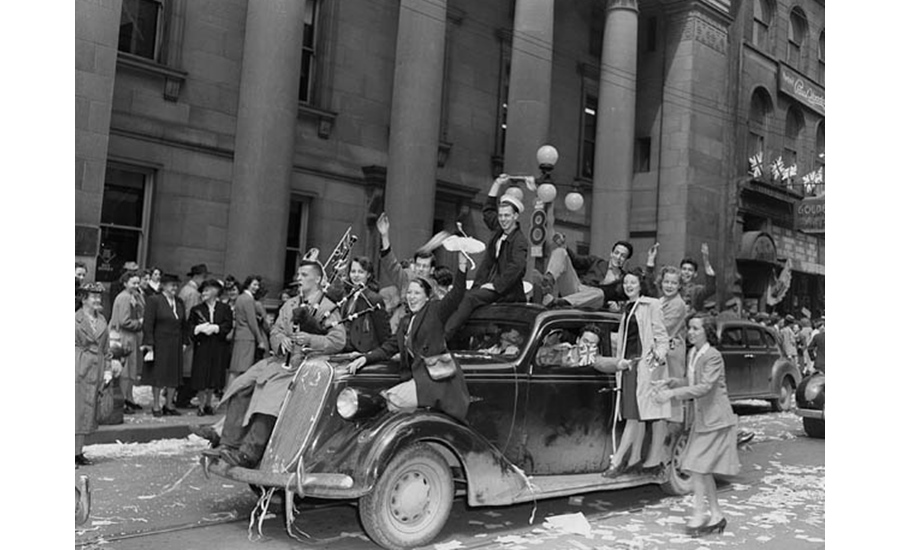 During the course of the Second World War, over one million Canadians served in places like the North Atlantic Ocean, Italy, Hong Kong, the Netherlands, France, and Germany. One in eleven Canadians had participated and 42,000 were killed (2,024 in the Navy, 22,917 in the Army, and 17,101 in the Air Force). It was a long and arduous war whose end was long awaited. When Victory in Europe Day (VE-Day) was declared on May 8, 1945, excited celebrations spilled into streets and neighbourhoods throughout the world.

The surrender of Germany was not a surprise to the Allies. Early reports and rumours of Germany’s surrender after Adolph Hitler’s death circulated prior to the official celebrations. The news reached Canada on May 7, 1945. Prime Minister Mackenzie King, in San Francisco at the time, wrote in his diary, “this has been a good day— a happy day… one in which the burden has been greatly lightened from the knowledge that Nazi militarism has, at last, been destroyed.” Not everyone was at home to celebrate. Around 200,000 members of the First Canadian Army were still in Europe at the time of VE-Day. In addition, over 35 Royal Canadian Air Force (RCAF) fighter and fighter-bomber squadrons as well as more than 250 Royal Canadian Navy (RCN) warships were abroad when victory in Europe was officially declared. Hundreds of those naval and air force personnel joined the revelries in Britain and France. 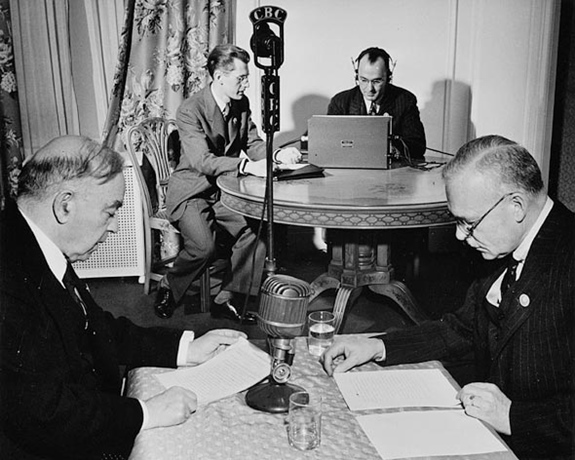 Many European cities, especially those in England, had been perpetually blacked out for nearly 5 years due to the impending threat of air raids by the enemy. On VE-Day, lights were free to shine again, and this added to the enthusiastic atmosphere. Shops closed down as parades, concerts, singing, and dancing took place. George “Sparks” Shaker, a civilian volunteer with the Canadian merchant marine, found himself in London during VE-Day after spending four years as a Prisoner of War in a German camp. He was freed only weeks before and, as luck would have it, had a stopover in London while on his way back to Canada. He wrote in his diary, “the whole population of London was stark raving mad with happiness. Men and women were hugging and kissing everyone within reach. Every statue, every lamp post, every window was draped with people screaming and shouting.” Shaker recalls the glory of all of London’s lights ablaze and the generosity he experienced at the hands of total strangers.

Despite all the jubilance, the deaths of millions and the horrors of war tempered the spirits of many. Communities across Canada were deeply affected by the tragic loss of their young men and women. Many found themselves widowers. The small town of Sackville, New Brunswick witnessed 350 of their men enlist—ten per cent of their population—of which 33 died. For many town residents, VE-Day became a day for remembrance and reflection rather than celebration.

However, the Second World War was not yet over. Prime Minister Mackenzie King took to the radio to remind his fellow Canadians that although, “the Nazi beast has at last been slain . . . (the task) remains to crush Japanese militarism.” Meanwhile, the war in the Pacific continued unabated and manufacturers in Canada continued to support the Allied efforts by producing war materials to aid in the ongoing fight against the Japanese. 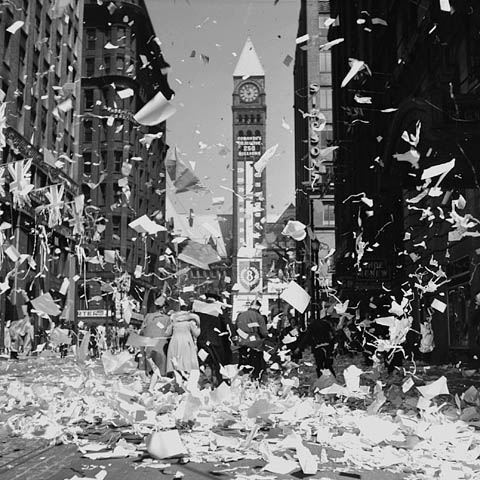 Canada’s involvement in the Second World War was costly. In addition to the 42,000 military personnel that died, 54,000 were wounded, and of the volunteer merchant civilians, 1,600 gave their lives for the cause. For those returning home from serving abroad, the experience represented a completed chapter, both in their own lives and in the history of Canada; they relished the long-awaited opportunity to build normal, better lives for themselves, and a better nation for Canadians. 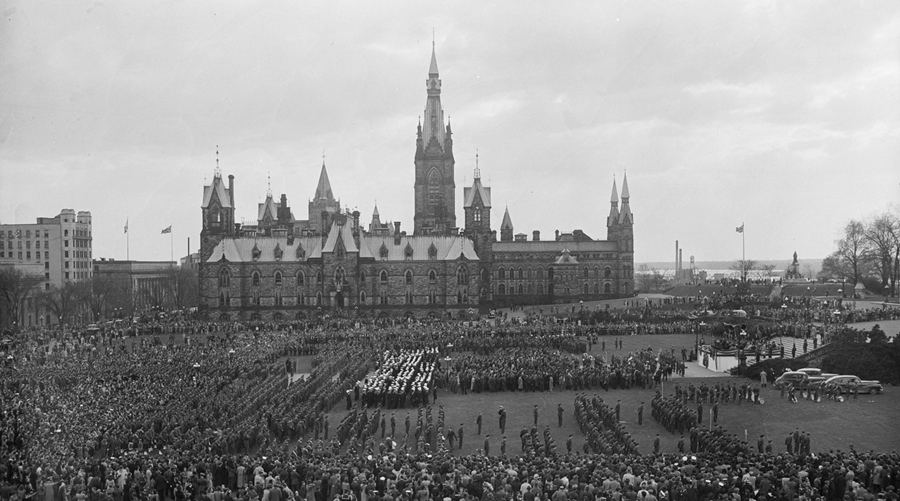 To learn more about the celebrations in Europe, read “VE-Day Remembered” (Canadian Encyclopedia) or CBC’s “The Nightmare is Over” (Note: the CBC article also includes audio recordings of radio commentary or Canadians telling of their experience).