The Drocourt-Quéant Line, a section of the infamous Hindenburg Line, was one of the most strongly defended German defence systems in the First World War. The Germans had spent over two years securing the position and had reinforced it with concrete bunkers and machine gun nests. To capture the enemy trenches the Canadians would have to advance through five belts of barbed wire and overcome seven battle-hardened German divisions who had been ordered to hold the line at all costs. 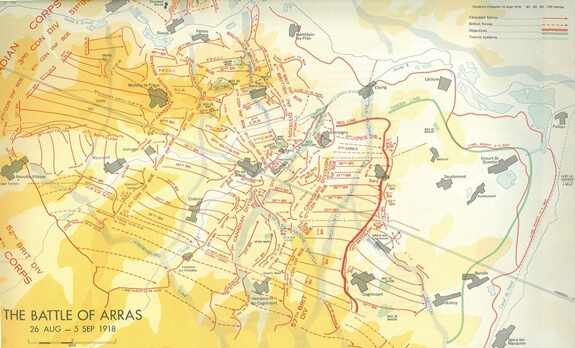 The Canadian Corps were ordered to attack just after dawn on the morning of September 2, 1918. With limited time to plan the attack the Canadians were forced to rely on brute force. As they advanced, the Canadians found themselves pined down by heavy machine-gun fire and unable to move. Over the course of the day seven Canadians earned the Victoria Cross for braving the machine gun fire to save the lives of their comrades. Among them was Private William Metcalf. Metcalf leaped from the safety of his trench to draw the attention of a tank and direct it towards a fortified German position. When the position was finally captured Metcalf’s battalion discovered that they had been facing seventeen German machine guns.

By the end of the day the Germans knew that they had been beaten. When the Canadians prepared to continue their advance on the morning of September 3 they discovered that the enemy trenches were empty and that their preliminary barrage had been a waste of ammunition. During the night the German Army had retreated. Canadian Corps commander Sir Arthur Currie would later describe the Canadians’ capture of the D-Q line on September 2, 1918 as “one of the finest performances in all the war.” 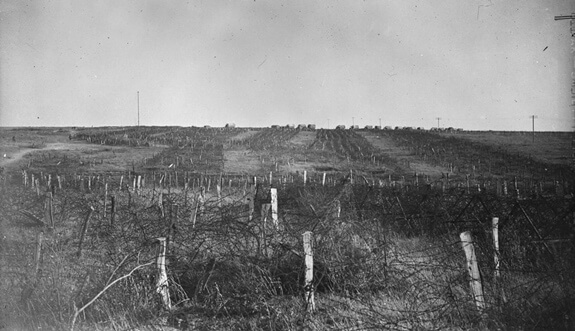 For a very extensive account of Canada’s experience over the last 3 months of the war, see E-book/PDF: “Canada’s Hundred Days” (For information specific to the DQ/Hindenburg Line, see Chapter VI-VII, PDF p. 149-165.)