While women serving bravely in the Canadian Military is common practice today, it was not always the case. Before the Second World War Canadian women hoping to serve their country had only one option: to work within the field of medicine. This forced many women to find other ways to support the war effort. Organizations, such as the Red Cross or other paramilitary groups, would see an influx of newly enlisted women during times of war.

The negligible amount of formal military involvement by women would continue until 1941 as the male recruitment began to dwindle and war demands continued to increase. Finally, on April 2nd, the three major components of the Canadian Military would sit down to deliberate over the possibility of women taking up non-combative and non-medical roles. Their discussions would ultimately lead nowhere, leaving women on the outside of military actions.

It wasn’t until that summer that female members of the Royal Air Force arrived in Canada for training that the idea was revisited. On July 2nd, 1941, the Canadian Women’s Auxiliary Air Force (CWAAF) was born. This announcement sparked mass enrollment into the unit. Of the 2,000 women that applied, only 150 would be selected. Thousands more would sign up as the war continued. 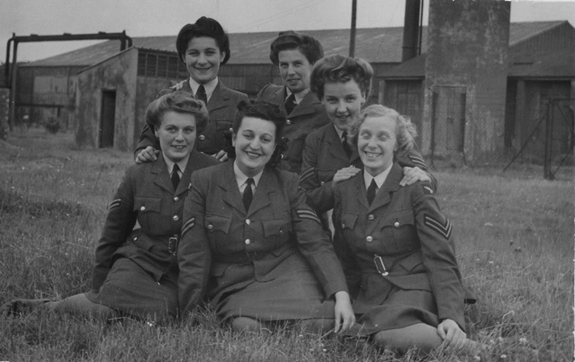 Members of the RCAF’s Women’s Division (Credit: The Secrets of Radar Museum)

The CWAAF would later be renamed as the RCAF Women’s Division or WD. Initially, jobs in the WD mimicked the work done by civilian women of the time. It wasn’t until 1943 that it was proposed to allow some qualified WD members to take on “light” flying duties, but in reality, no changes were made.

In total 17,038 women served in the RCAF Women’s Division during the Second World War and although their role was non-combative, 30 women would lose their lives. The motto “We Serve that Men May Fly” was later adopted by the division. 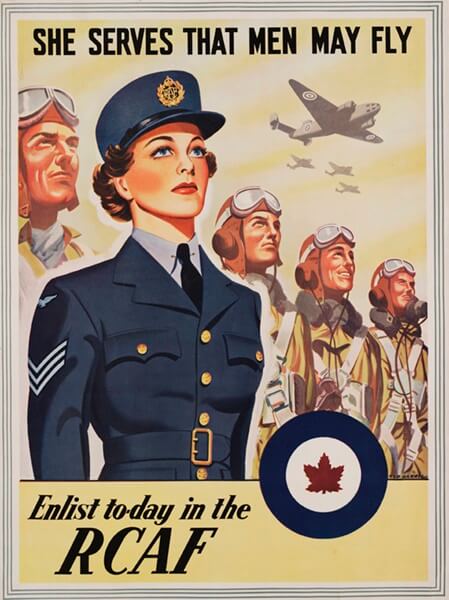 To learn more about women’s role in the Air Force, check out the Juno Beach Centre.

For more about women’s role in the military, see Veterans Affairs.