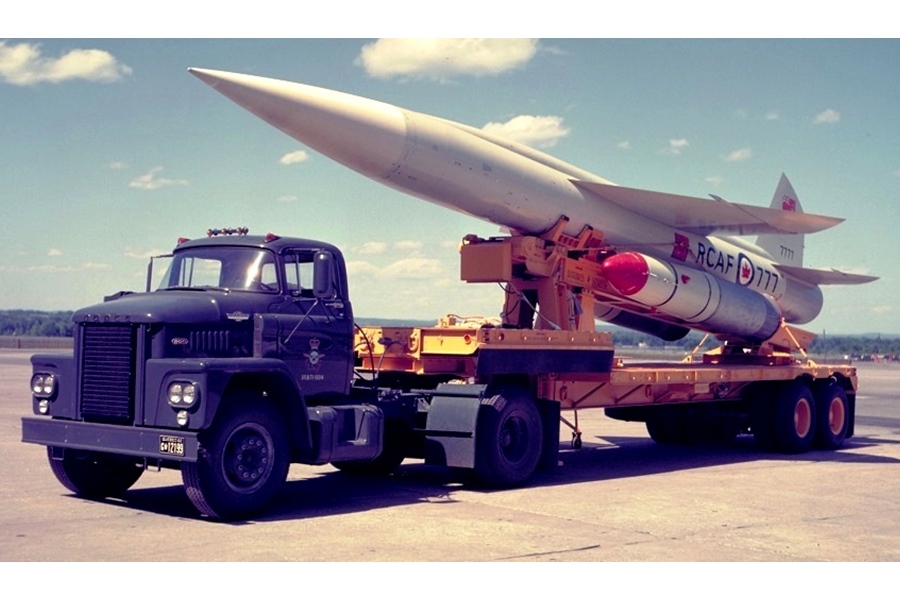 The Cold War initiated a tense nuclear arms race between the United States of America (U.S.) and the Soviet Union (U.S.S.R.) and their respective allies. Canada was often pressured by its southern neighbour to nuclearize its military in order to better protect North America from potential attacks by the Soviet Union. However, Canada often wavered in its commitments to the U.S., uncertain about its participation in the nuclear arms race.

In 1959, Prime Minister John Diefenbaker sparked a national controversy when he cancelled the Avro Arrow project. The Avro Arrow was an impressively fast interceptor plane designed by the Canadian aerospace company, A.V. Roe Canada, during the 1950s. Intending to replace the Arrow project, Diefenbaker set to fulfilling demands made under the North American Aerospace Command (NORAD) agreement. The Conservative government announced their plans to house 56 anti-aircraft Bomarc missiles in La Macaza, Quebec and North Bay, Ontario. Short for Boeing Michigan Aeronautical Research Center, Bomarc missiles were designed and manufactured by the U.S. aerospace industry. They could reach a range of 640 km and intercept Soviet attacks prior to reaching Canadian industrial land.

In a serious misstep, Diefenbaker’s Progressive Conservative government did not immediately disclose that the Bomarc missiles were intended to carry nuclear warheads. Protests and division broke out when Canadians discovered the news: some supported nuclearization while others questioned the ethics and necessity of nuclear weapons. Ultimately, Canada began to pull away from its NORAD commitments; the missiles were unable to effectively defend North America without nuclear warheads and, as a result, were not readily available during the Cuban Missile Crisis of 1962. 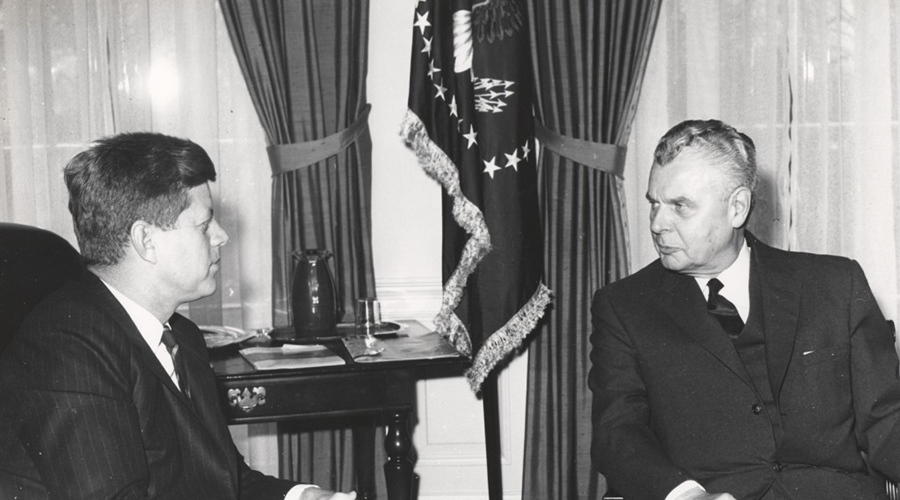 Adding to the controversy was the increasing nuclearization of the Canadian military under the demands of the North American Treaty Organization (NATO). The military purchased CF-104 fighters which were equipped to carry nuclear munition. However, when the aircrafts were deployed in Europe in 1962, the Tory government chose to refuse the nuclear bombs they were designed to carry.

The public’s deteriorating faith in Diefenbaker’s government led to an election in 1963. Diefenbaker’s increasingly tense and angry relationship with President John F. Kennedy, spurred by disagreements over Canada’s nuclearization, did not help his case. In April of ‘63, Canadians elected Lester B. Pearson’s Liberal government after he campaigned on the promise to fulfill Canada’s obligations under NORAD and accept nuclear weapons. On December 31, 1963, nuclear warheads were delivered to the Bomarc missile sites. The Bomarcs were only ever test-fired (without the nuclear warhead). 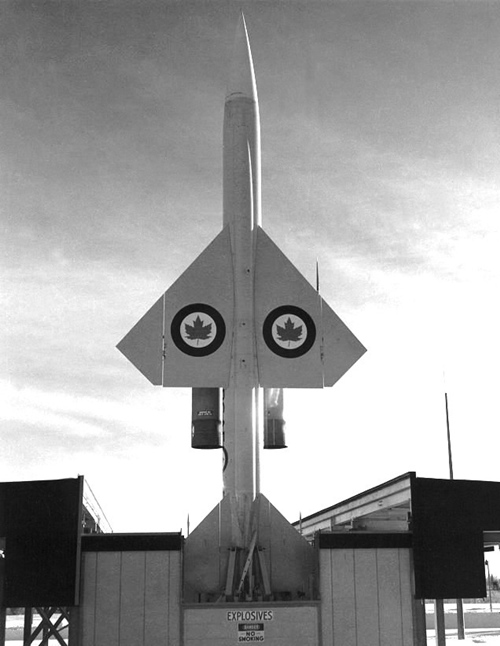 In 1969, the newly elected Prime Minister Pierre Trudeau signed the international Nuclear Non-Proliferation Treaty. In keeping with the treaty, Bomarc missiles were phased out of service by 1972. Two Bomarc missiles remain on public display, one at the Alberta Aviation Museum in Edmonton, Alberta, and the other at the Canada Aviation and Space Museum in Ottawa, Ontario.

To learn more about the Bomarc Missile Controversy, read this article by the Canadian Encyclopedia.