For most of us, Thanksgiving is a time to gather with our family and to give thanks for all that we have. In the autumn of 1918, during a time commonly referred to as “Canada’s Hundred Days”, many Canadians would not have an opportunity to experience that luxury; they were busy battling the German forces and pushing them eastwards from France. However, there were some exceptions.

As the towns and villages in France continued to be liberated, the war appeared to be drawing to a close. This new sense of anticipation along with the gratitude of the liberated people created some of the most heartwarming images of the Great War. Take, for example, the small town of Denain, a French town that had been occupied by the Germans for most of the war. It was there that a Thanksgiving ceremony would be held to honour of all the Canadians that bravely risked their lives for the freedom of the citizenry. 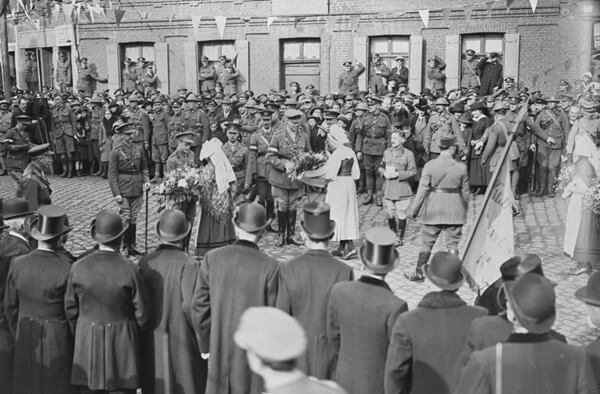 On the day of the ceremony the streets of Denain quickly filled with Canadian soldiers making their way to the event venue, the small St. Martin’s church. Honorary guests at the ceremony included Sir Arthur Currie, Commander of the Canadian Corps, and His Royal Highness, Edward, the Prince of Wales. Soldiers who were unable to fit inside the church mingled with the jubilant locals in the streets.

While spirits were high then, it would be another 23 days before the armistice was signed on Nov. 11, 1918. Clashes such as the Battle of Valenciennes and the Mons still lay ahead for the men of the Canadian Corps. 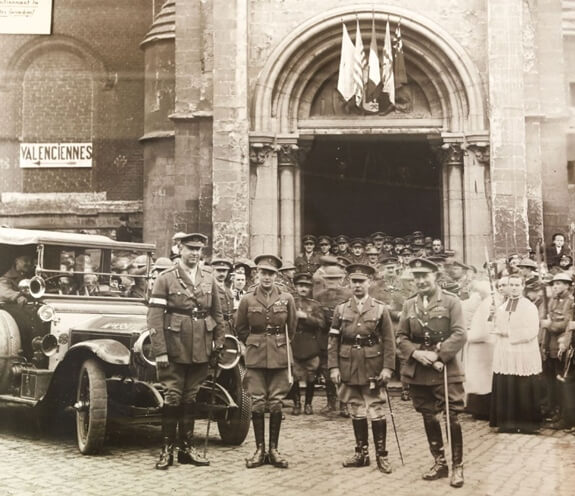 To read about “Canada’s Hundred Days” of which the Denain celebrations were a part, see this Toronto Star (2014) article: “World War 1 Encyclopedia: The Hundred Days”.

For more information on the general history of Canadian Thanksgiving, check out The Canadian Encyclopedia. 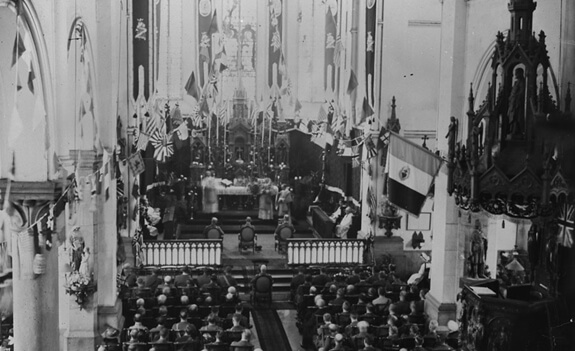