The Second World War saw many technological advancements, especially when it came to the capabilities of explosives. The atomic bombing of Hiroshima and Nagasaki in Japan was a wake-up call to the rest of the globe and caused accelerated experimentation in weapons and defence. With the Cold War in full force by 1961, it was essential for Canada and its allies to gain the upper hand in explosives technology. Their desperation is where the small town of Ralston, Alberta, comes into play as the home of the Suffield Experimental Station (SES). The SES is known globally for its various chemical weapons and explosives testing. It is at this rural Alberta facility that the world would witness some of the largest incendiary device tests in history, including the largest non-nuclear explosion at that time.

Following the Second World War, Canadian scientists on the Defensive Research Board (DRB) set out to study the effects of a large scale non-nuclear blast on military and civilian defence. The chemical explosion needed to complete the study would require 100-tons of TNT and much of the 2833 km² facility. With American and British observers on hand, the test would commence on August 3rd, 1961, and the gathered data would later be used to evaluate different elements of the explosion, including its electromagnetic signals. 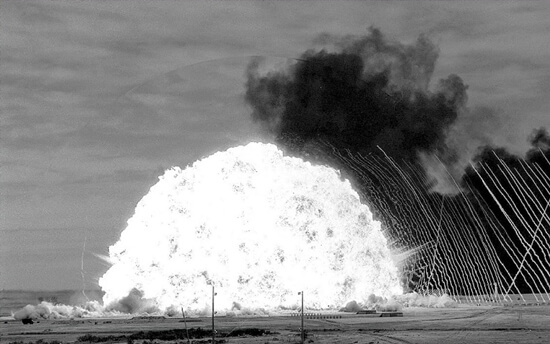 The DRB would go on to conduct several other explosive tests in the 60’s, two of which would require 500-tons of TNT. Following those two experiments (known as Operation Snowball and Operation Prairie Flat), the name of the facility was changed to Defence Research and Development Canada.

Explosive tests continue to take place in Suffield, some as recently as 2004, when the Canadian Government decided to test out its new Excalibur “smart” Artillery Round. This 155-mm shell is GPS guided and has already been used in Afghanistan. 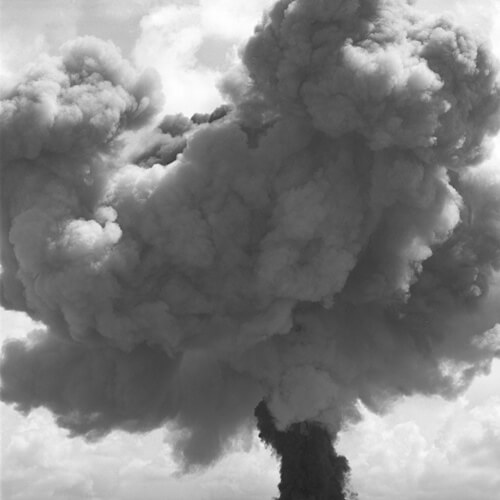 The huge plume of smoke from Operation Snowball (Credit: DRDC).

To learn more about the Suffield high explosives experiments, take a look at 1370th.org.