Nowadays when many of us hear the name Montgomery Scott, in the back of our minds we hear his pleading for understanding from fellow Canadian William Shatner – “I’m giving her all she’s got, Captain!” Few of us know that James Doohan, aka “Scotty”, was Canadian, let alone the fact that in June of 1944, James Doohan would find himself on one of his many adventures; only this time rather than being aboard Starship Enterprise with Captain Kirk, future “Chief Engineer Scotty” would find himself landing on Juno Beach as a soldier in the 3rd Canadian Infantry Division!

In 1938 Doohan joined the cadets and near the beginning of the Second World War Doohan enlisted in the Royal Canadian Artillery (RCA). After a period of time, he eventually found his way to the 13th Field Regiment of the Canadian 3rd Infantry Division (Doohan served in 22nd Field Battery, RCA). Later in his military career he became a Lieutenant and was sent to train in Britain prior to Operation Overlord. During the preparation and planning stage of the D-Day landing Doohan would be called upon to lead a unit across Juno Beach.

Various accounts and records have Doohan being among one of the leading waves of Canadians to set foot on the beach. On Juno, his unit was pitted against the German 716th Infantry Division and then further inland, the 211st Panzer Division. Doohan and his unit disembarked onto a beach filled with anti-tank land mines. Thankfully, if he or any of his crew stepped on one, they were too light to set any off. As they made their way across the sand while under heavy defensive machine gun fire, they found some momentary cover behind various beach obstacles. At one point, “Scotty” fired upon and took down two enemy snipers. 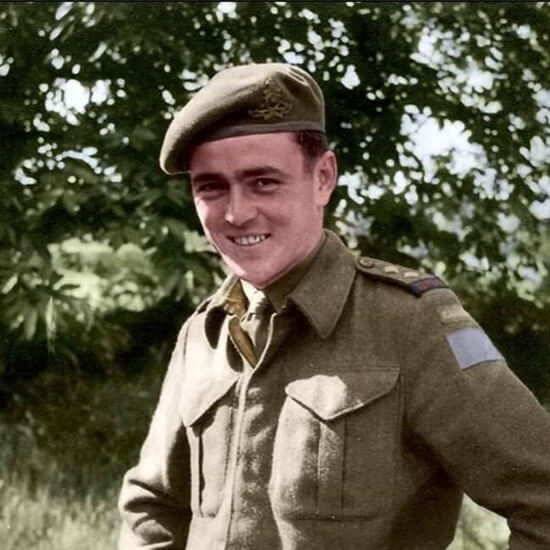 Unlike our country’s American (Utah and Omaha) and British (Gold and Sword) partners, Canada’s contingent was able to quickly take Juno beach, move inland, and reach all of its D-Day objectives. Meanwhile, men and materiel continued to be unloaded at the beach, and unfortunately by the end of the day on the 6th, the area around Juno was a thick mass of Canadian soldiers and equipment.

Before midnight Doohan decided to step away from the group in order to have a cigarette, but upon his return he was shot six times by a Canadian sentry who had confused him with an enemy defender. Most of the bullets from the offending Bren Gun hit him in the leg; one took off his right middle finger, and the last hit him in the chest . . . in the exact some spot where he carried a good-luck gift from his brother: a silver cigarette case. It saved his life by stopping the bullet and that was the end of Normandy for Doohan! 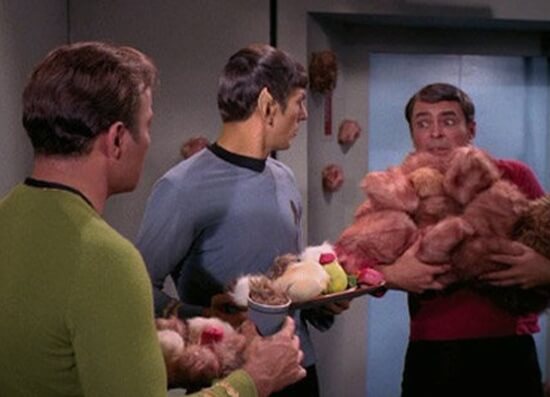 Once the war ended, Scotty found himself on many other adventures but none of them would come anywhere close to what he experienced that day. He would become a voice actor who participated in thousands of CBC shows spread across both radio and television. Later on, during the mid-60’s, he would develop into the Star Trek great we now know as Montgomery Scott, “Scotty”.

James Doohan passed on July 20, 2005. Many current-day engineers credit Scotty with being their childhood inspiration and in honour of his memory a portion of Doohan’s ashes were sprinkled in space by the rocket SpaceLoft XL.

Read more about James Doohan`s incredible life and some other crazy “Scotty” stories on War History Online or his obituary in The Guardian (22July2005).