In 1990, Sandra Perron became the first female infantry officer in Canadian history. However, her journey was faced with immense challenges. She grew up in a military family and was a cadet as a teenager, which inspired her extreme desire to join the forces. In the late 1970s and early 1980s when she was beginning her career in the Canadian military there were absolutely no women in Canada’s combat units. Now, she speaks about her time in the Canadian Forces with both pride and contempt. It was her drive, passion, and stubborn loyalty that ultimately made her the first female infantry officer in Canada.

Her primary battle was not overseas but in Canada, where she consistently had to prove to her peers that women had a place in the military. Some men supported her along the way, but there were many more who did everything in their power to make her unwelcome. People on her bases would often tell her bluntly that they did not support women in combat arms. However, what was the most upsetting to Perron were those who were pettier and more aggressive with their approach: they sabotaged her gear, made rude comments to her, withheld information from her, harassed her, and even assaulted her. Despite these unacceptable antagonistic and malicious behaviours, Perron remained resilient. She continued to serve with passion and eventually achieved the rank of Captain. 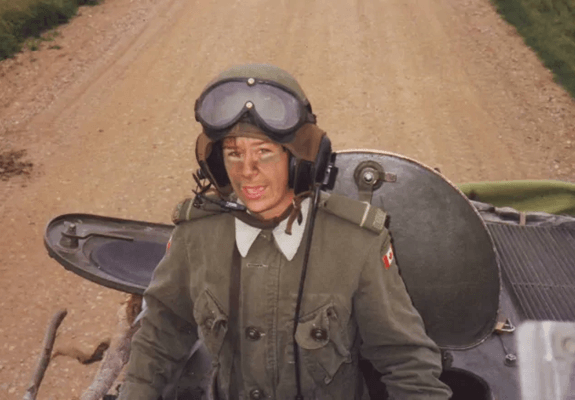 Sandra Perron also did two overseas tours in the former Yugoslavia. Her first was as an Assistant Operations Officer in Bosnia and her second was as an Anti-Tank Platoon Commander in Croatia. On both tours, she worked relentlessly to help the local people and to make a lasting positive impression on them. In fact, while in Bosnia, she and her platoon came across an abandoned hospital full of neglected and orphaned children. Thanks to her help and leadership, a convoy was arranged to bring food, medical attention, and security to the abandoned kids.

Sandra Perron left the Canadian Forces in 1996 after 13 years of having to prove her worth in the military. Sandra ultimately succeeded. She is a legendary soldier who not only saved the lives of many children in former Yugoslavia, she also paved the way forward for other women in the armed forces. Today, she is a writer and an activist that attends public speaking events and works to empower other women in the armed forces, urging them to stand up for injustice and discrimination in the field. 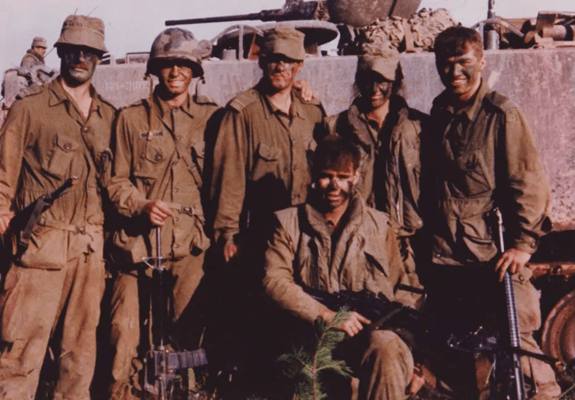 Sandra Perron and her unit in the former Yugoslavia (Credit: Cormorant Books Inc).

Access her memoir, Out Standing in the Field or read an interview where she describes her experiences with harassment and abuse here.