Our CH-124 Sea King maritime helicopters recently had their 50th anniversary. While many other countries (e.g. the UK, Norway, India, Argentina) still operate Sea Kings, none of theirs are as old as ours. Though we have been searching for a replacement helicopter since the late 1980s, continual fears of budget over-runs have delayed it to the present day. Here you will find the most recent articles on the Maritime Helicopter Replacement process.

DID provides an extremely detailed overview of the CH-148 procurement process.

There is also a list of additional articles in the Additional Readings section at the bottom of the linked page.

As a result of the delays in Sikorsky’s ability to deliver completed Cyclones to the Canadian military, the Department of National Defence is considering alternative options, including the AugustaWestland AW101, which was the original aircraft that Prime Minister Mulroney was in favour of procuring in the late 1980s. The difference between then and now is that while the AW101 was untested back then, they are now fully in use by many European and allied militaries. 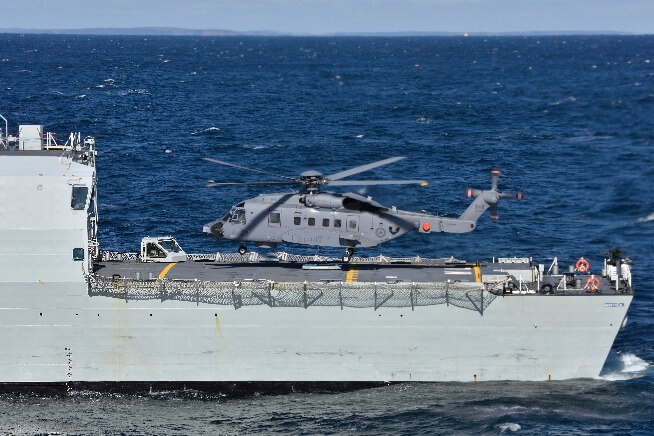 Read our other article about Canada’s Sea Kings HERE.

Main photo (main): The Sea King coming in for a landing. (Credit: unknown)